GENEVA, December 31, 2020 –  A Syrian charity created by Syrian first lady Asma al-Assad to enrich the regime has been elected by a 24-nation UNESCO committee to a world body that protects intangible cultural heritage, sparking outrage among activists who cited the Assad regime’s role in destroying heritage sites during its decade-long civil war.

The Syria Trust for Development, a proxy for the Syrian regime, was elected to the Evaluation Body of UNESCO’s Intergovernmental Committee for the Safeguarding of the Intangible Cultural Heritage, in a secret ballot held during its 15th Session, held in the week of December 14-19 2020.

According to the UNESCO committee’s meeting document for establishing the Evaluation Body for the 2021 cycle, the Syria Trust was competing in a regional electoral group against two other NGOs from Saudi Arabia and Morocco for one available position. (See video above for announcement of the new members of the Evaluation Body.)

“It’s a disgrace,” tweeted the Syria Campaign. “The Assads have crushed swathes of Syria’s cultural heritage. Whole cities, towns and villages have been destroyed.”

“Inviting the Syrian regime to protect cultural heritage is asking the foxes to guard the chickens,” said Hillel Neuer, executive director of  UN Watch, an independent Geneva-based human group that monitors the United Nations. “It’s absurd, and sends absolutely the wrong message to millions of Syrians victimized by the Assad regime.”

As expected, the regime’s state-run news agency hailed “the Trust’s victory,” saying it “carries great importance in terms of representing Syria in a large international forum.”

No joke: UNESCO elects the “Syria Trust for Development,“ which was created by Syrian first lady Asma al-Assad to enrich her husband's murderous regime, to a world body that protects cultural heritage.

The Syrian army inflicted heavy damage on a 13th century mosque located directly in front of the Citadel of Aleppo, by using it as a military base. In addition to Aleppo, the cities of Bosra, Damascus and Palmyra are symbols of the destruction of Syria’s cultural heritage as a result of its civil war, and are all designated on the List of World Heritage in Danger compiled by the United Nations Educational, Scientific and Cultural Organization (UNESCO).

While multiple parties in the civil war have been responsible for the devastation wrought upon Syria, the Assad regime does not belong on any world body charged with protecting cultural heritage.

Members of the Evaluation Body, comprised of six experts and six UNESCO-accredited NGOs, screen and recommend nominations for UNESCO’s lists of cultural heritage deemed worthy of recognition for humanity, or in need of urgent safeguarding. In addition, the consultative body assesses applications from states for international assistance of more than $100,000 for cultural preservation projects.

As a result of the election, a Syrian NGO now has a significant say on what living cultural heritage is deemed worthy of protection in the eyes of UNESCO.

Some examples of cultural heritage on the UNESCO lists may seem of little interest beyond specific countries or national minorities, for example, handmade weaving in Upper Egypt, or Finland’s sauna culture, both of which were added in this year’s session. Yet the principle at stake is clear: a state involved in decimating the cultural traditions of some of its own ethnic groups should not be sitting in judgment on what cultures and traditions are worthy of preservation.

After a decade of brutal civil war and appalling human rights abuses, the Syrian regime should not be rewarded by the United Nations by election to any committee. 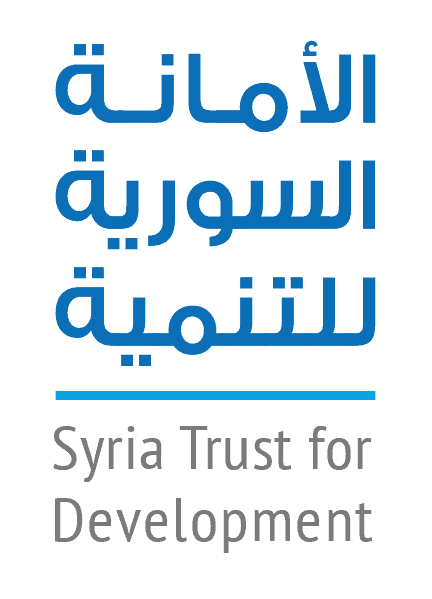 The Syria Trust for Development is the charity founded by and still linked to Syrian First Lady Asma al-Assad, which now sits as an accredited non-governmental organization on the UNESCO committee. According to its website, the Trust “strives for long-lasting positive change,”  fostering “self-reliant economic enterprise,” “learning and life skills,” “a vibrant Syrian cultural identity,” “strong and engaged communities,” and ” life-changing humanitarian solutions.”

Only days after the UNESCO election, Bashar Assad’s wife, already under European Union sanctions for several years, was targeted by a new wave of U.S. sanctions on Syrian individuals and entities linked to the Assad regime.

Pointing to the Syria Trust for Development, Joel Rayburn, the U.S. special envoy for Syria, said that “Asma al-Assad has spearheaded efforts on behalf of the regime to consolidate economic and political power, including by using her so-called charity and civil society organization. Her and her family’s corruption is one of the many reasons that this conflict lingers on.”

Indeed, while Asma’s Syria Trust may sound charitable, the reality is far more sinister. Human Rights Watch reports how the Assad regime has effectively weaponized humanitarian aid in Syria by forcing UN agencies and relief organizations to channel their operations through local Syrian NGOs vetted and approved by the regime. The Syria Trust plays a central role and allows the Syrian regime to ensure the bulk of humanitarian aid is delivered to government-controlled areas while denying it to rebel-held territories.

According to Naim Khoury, Executive Director of the Arab Reform Initiative, the Syria Trust is a key partner and gatekeeper for UN agencies and NGOs working to deliver humanitarian relief in Syria.

Syria Trust's role and partnerships cannot be underestimated. Many humanitarian groups have to go through it; and in some programs – like legal support and civil registration – Syria Trust has a quasi monopoly from the Syrian gov as @hrw research showed pic.twitter.com/4fBls59Wra