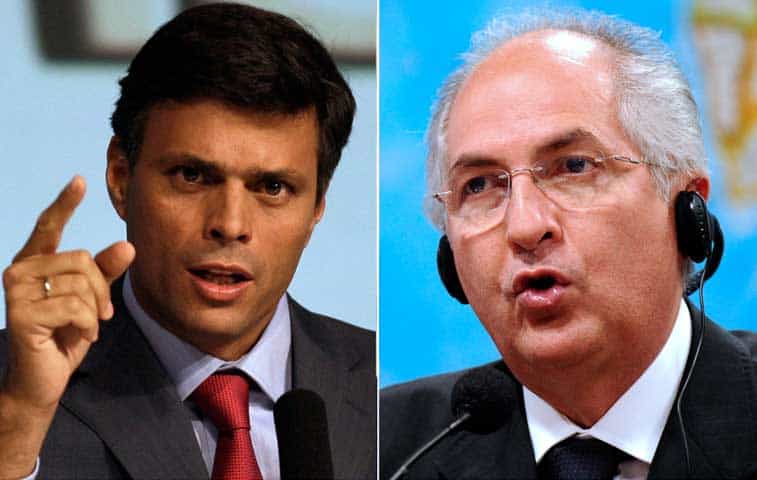 Mitzy Capriles, the wife of Ledezma, and a Lopez family member will personally receive the awards at a major ceremony to take place on Tuesday, February 23, 2016, where they will address UN diplomats, several hundred human rights activists, and journalists from around the world attending the 8th annual Geneva Summit for Human Rights and Democracy.

Capriles and Lopez were chosen “for inspiring the world with their extraordinary courage in the defense of liberty and universal human rights,” said Hillel Neuer, the executive director of UN Watch, a co-organizer of the conference together with Liberal International, Human Rights Foundation, the Raoul Wallenberg Centre for Human Rights, and more than 20 other human rights groups.

Ledezma was arrested last year in a violent police raid on his office, and thrown into prison. For medical reasons he is now under house arrest. The politically-motivated charges were only filed this week.

Opposition leader Leopoldo Lopez was sentenced last year to 13 years in prison on trumped-up charges. Tomorrow marks two years that he has been behind bars, under cruel conditions.

Venezuela’s opposition-controlled legislature has just declared an amnesty for all political prisoners, however this was rejected by Maduro. 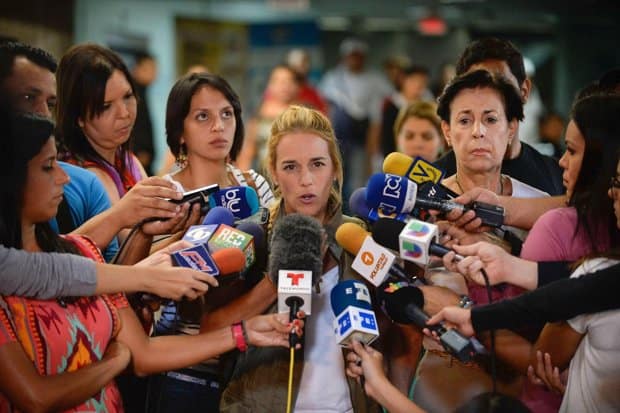 “Leopoldo is honored to have been selected for this prestigious award, given by 25 human rights groups who will be assembling at the United Nations in Geneva, and to accept it on behalf of all of Venezuela’s political prisoners, who are currently being held illegally and in very difficult conditions,” said Lilian Tintori, the wife of Lopez.

“I hope this will put a spotlight on the systematic persecution of those who have dared to defy the regime and defend freedom through democratic means and will increase pressure on the Maduro regime to stop persecuting political opponents and free all political prisoners,” added Tintori. 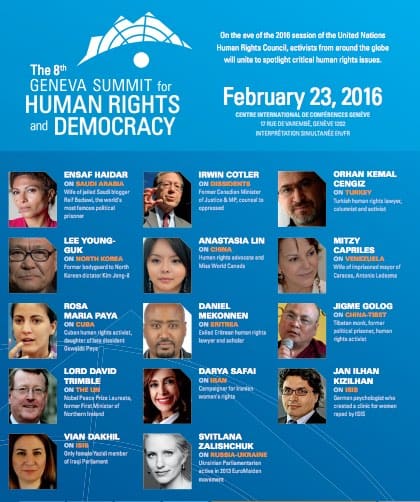 Tintori insists that despite the Maduro regime’s abuse she will never give up the struggle for her husband’s freedom.

“I thank the Geneva Summit coalition of 25 human rights groups for thinking of my husband for this prize, and he feels deeply honored. This award will only reaffirm our commitment to continue working towards recovering freedom for all our political prisoners, and for our democracy. By receiving this prize, we think of all the people of Venezuela who have loved ones suffering injustice behind bars,” said Mitzy Capriles, Ledezma’s wife, who will be addressing the UN opening of the summit on Monday, Feb. 22, as well as the public session on Tuesday, Feb. 23.

The 2-day Geneva Summit will feature presentations by top-name activists, former political prisoners and victims from North Korea, China, Russia, Iran and many other human rights hotspots, with the aim of placing key issues on the global agenda days before UN chief Ban Ki-moon and numerous foreign ministers gather across the street to open the 10th anniversary session of the UN Human Rights Council.

Next week’s Geneva Summit provides a one-stop opportunity to hear from frontline human rights advocates, many of whom have personally suffered imprisonment and torture.

The speakers’ compelling and vivid testimonies will press UNHRC delegates not to allow politics to override the cries of human rights victims.

Now in its eighth year, the annual conferences of the Geneva Summit have enjoyed widespread coverage by CNN, Le Monde, and other major media.

Admission to this year’s February 23, 2016 summit is free to the public and media, but registration is mandatory. For registration, program and schedule information, visit www.genevasummit.org.

All sessions will be live webcast next Tuesday, Feb. 23, 2016, starting at 9:15 am Geneva time, at www.genevasummit.org