Following are the five resolutions singling out Israel adopted by the U.N. Human Rights Council at its main annual session, which began in March but was suspended until June due to the Coronavirus. The Council adopted one resolution on Iran, one on Syria, one on North Korea, and five on Israel. No other country in the world was criticized in more than one resolution. The vast majority of the world’s worst abusers went ignored, with zero resolutions on China, Turkey, Saudi Arabia, Venezuela, Zimbabwe, and so forth.

Ensuring accountability and justice for all violations of international law in the Occupied Palestinian Territory, including East Jerusalem (A/HRC/43/L.36/Rev.1)
• One-sided text endorsing biased UN Fact-Finding Missions and their reports accusing Israel of war crimes, including most recent Commission of Inquiry on Gaza protests, effectively denying Israel’s right to self-defense.

• Ignores Palestinian terrorism and other violations of international law. 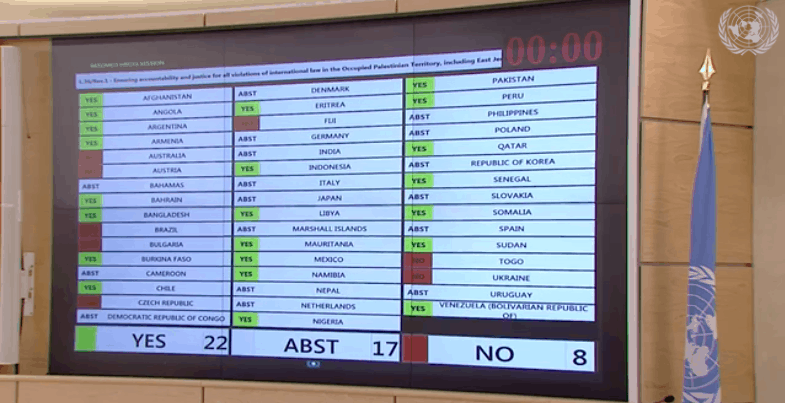 • Ignores Israel’s provision of medical assistance to Syrian citizens in urgent need of medical care not available in Syria.

• Singles out Israel, no mention of Turkish occupation of northern Syria. 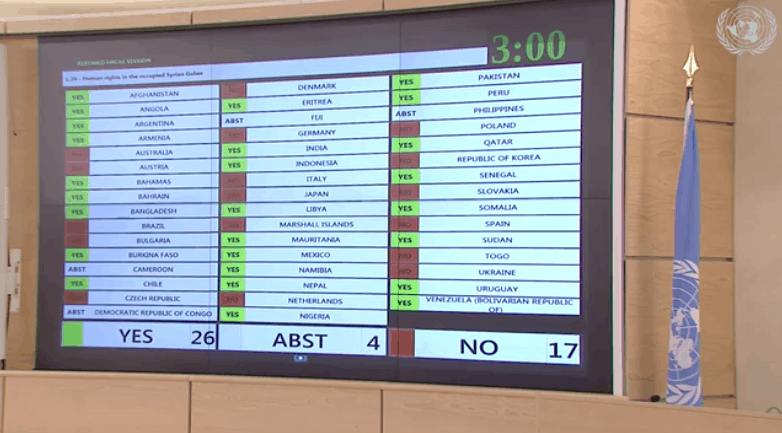 • One-sided resolution accusing Israel of multiple international law violations and condemns Israel for “excessive use of force.” While the resolution mentions terrorism and incitement, it does so in the context of condemning Israel, and does not attribute responsibility to Palestinian actors.

• Offers only a one-line condemnation of rocket attacks in a six-page resolution, fails to attribute responsibility to Hamas or other Palestinian terrorist groups. 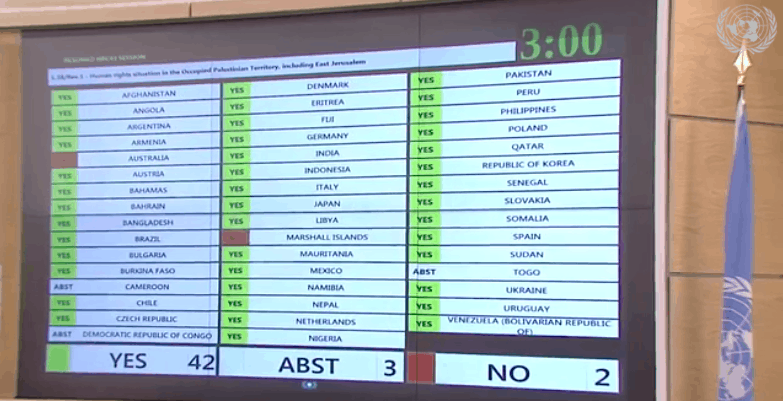 • Redundantly asserts a principle that Israel has already recognized. Out of hundreds of self-determination claims worldwide, resolution singles out one: the claim against Israel. Omits Palestinian obligation under the Road Map to dismantle terrorist infrastructure before a state is to be created 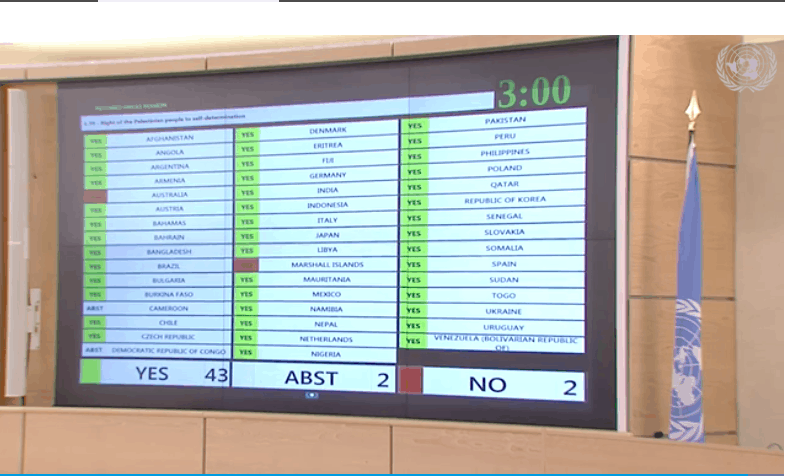