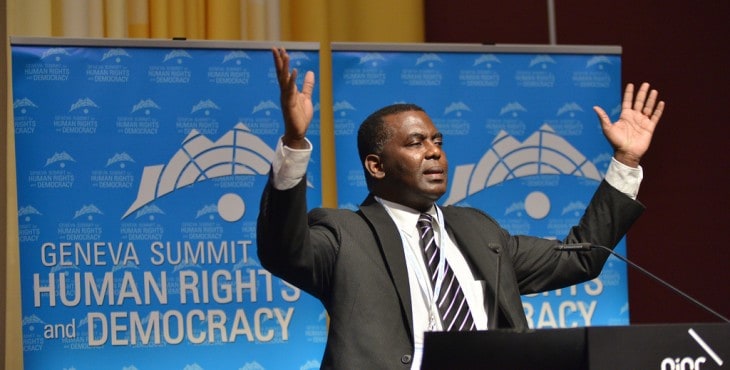 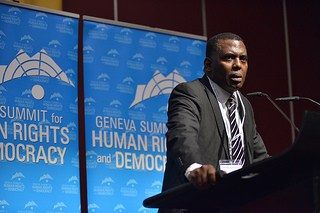 Biram Dah Abeid, a Mauritanian human rights defender and the President and founder of the anti-slavery NGO, Initiative for the Resurgence of the Abolitionist Movement in Mauritania (IRA), denounced the Mauritanian government’s ‘slave code’ at the 6th annual Geneva Summit for Human Rights and Democracy.

Biram Dah Abeid au Geneva Summit: “Mauritania has the highest # of slaves in the world! They can be castrated; this is the law!” #GS14”