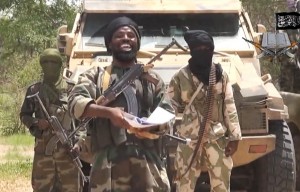 In a rare move, the UN’s controversial Human Rights Council will hold a special session to address abuses committed by an Islamist terrorist group, Boko Haram. The UN press release follows below.

The Human Rights Council will hold its twenty-third special session on Wednesday, 1 April 2015, in light of the terrorist attacks and human rights abuses and violations committed by the terrorist group Boko Haram.

The special session will start at 9 a.m. on Wednesday, 1 April in Room XX at the Palais des Nations. The meeting will be webcast live at webtv.un.org.

The President of the Human Rights Council received a letter on 26 March by the Permanent Mission of Algeria, on behalf of the African Group in Geneva, containing the request to convene the special session.

In order for a special session to be convened, the support of one-third of the Council  16 or more – is required. This request was thus far supported by the following States Members of the Council (20): Algeria, Botswana, Brazil, Congo, Côte dIvoire, Cuba, Ethiopia, France, Gabon, Ghana, Kenya, Morocco, Namibia, Nigeria, Pakistan, Paraguay, Russian Federation, Sierra Leone, South Africa and Venezuela.

The request was also supported by the following observer States (four): Cameroon, the Central African Republic, Djibouti and Mozambique. The list of signatories remains open up to the holding of the special session.

In connection with the special session, the Human Rights Council will hold an organisational meeting on Monday, 30 March, at 3 p.m. in Room XX. This meeting is also open to the media.

UN should condemn the horrific atrocities of Boko Haram and ISIS