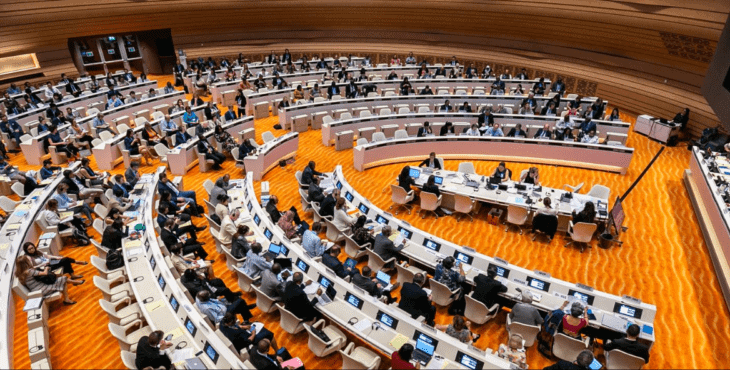 GENEVA, May 31, 2018 – Belgium, France, Spain and other EU States voted for a UN resolution, co-sponsored by the Arab group of States and the Palestinian delegation at the annual Assembly of the World Health Organization (WHO) that targeted Israel over “Health conditions in the occupied Palestinian territory, including east Jerusalem, and in the occupied Syrian Golan.” The vote took place on May 23, 2018.

The annual meeting of the world health body did not address bombings of hospitals and health workers or chemical weapons attacks in Syria. Nor did it praise Israel for life-saving medical treatment it provides to thousands of Syrians living on the other side of the Syria/Golan border. Instead it focused on the health needs of the Syrian population in the “occupied Syrian Golan.”

In fact, the only Item on the World Health Assembly’s Agenda addressing any particular country was Item 14 on Israel. There was no Agenda item for Yemen, facing one of the worst cholera epidemics and a decimated health system; Democratic Republic of Congo, suffering decades of violence and recurrent disease outbreaks; or Venezuela whose health system is on the verge of collapse; or any other country.

Only, Australia, Canada, Guatemala, Israel, the US, and the UK voted against the resolution.

On a positive note, on May 25, 2018, Professor Itamar Grotto, Associate Director-General at the Israeli Ministry of Health, was elected as one of four European Region representatives to the Executive Board of the WHO. The other three are from Finland, Germany, and Romania.

“This is a great accomplishment for Israel, and a world recognition of Israel’s expertise in the field of health,” said Israeli Ambassador to the UN Aviva Raz-Shechter of the election.