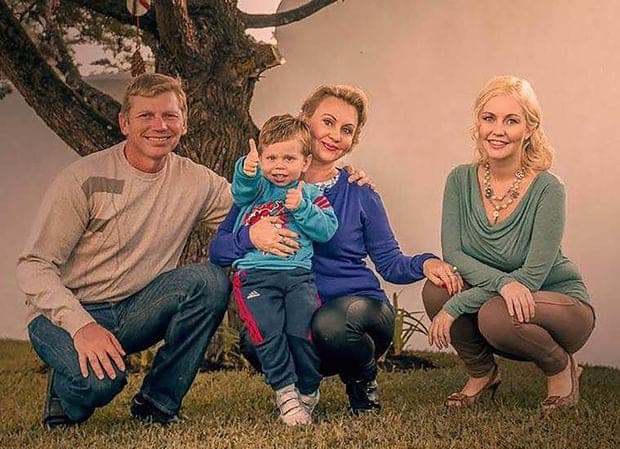 A little known U.N. agency created to fight government corruption in Guatemala, itself appears to have been corrupted by Russia in its vendetta against Igor, Irina and Anastasia Bitkov, who escaped Russia for Guatemala in 2008 fearing for their lives after having dared to defy Putin.

The U.N. International Commission Against Impunity in Guatemala—known by its Spanish initials CICIG—was formed in 2006 to serve as an independent prosecutor under Guatemalan law with the authority to investigate and prosecute crime and corruption by members of illegal security forces and other government officials. According to news sources, about half of CICIG’s budget is funded by the U.S., which amounts to a hefty $44.5 million since 2007.

However, in the case of the Bitkovs, CICIG inexplicably went after a private family, charging them with “passport violations” for irregularities in documents issued to them by the Guatemalan government which the Bitkovs obtained for a fee through a Guatemalan law firm—Cutino and Associates. Significantly, a Guatemalan appeals court held that passport violations of migrants are administrative violations punishable by a fine and not subject to criminal penalty. Yet, ignoring the appeals court ruling, the trial court convicted the Bitkovs in January 2018 and sentenced them to maximum prison terms of 14 years for Irina and Anastasia, and 19 years for Igor. Astonishingly, although Guatemala’s Constitutional Court overturned the Bitkov’s conviction when it affirmed the ruling of the appeals court in late April 2018, rather than releasing the Bitkovs, the trial court ordered a new trial.

The sad story of the Bitkov family is summarized in several news articles published by The Wall Street Journal, The New York Times, and National Review, among others. In brief, after refusing to sell part of their successful paper business to the Putin-allied VTB Bank, Russian agents kidnapped and repeatedly raped the Bitkov’s daughter Anastasia over three days, releasing her only after the Bitkovs paid a $200,000 ransom. Then, the banks which had loaned money to the Bitkovs to expand their business called in the loans, forcing the Bitkovs into bankruptcy and compelling the fire-sale of their assets to entities controlled by executives of the banks. At this point the Bitkovs fled and ended up in Guatemala. There, Igor and Irina had a second child—Vladimir, a Guatemalan citizen born in 2012.

Bill Browder, leader of the campaign for the Global Magnitsky Act to use sanctions as a tool to punish human rights violators around the world, has become an advocate for the Bitkovs and is lobbying on their behalf in the U.S., Canada and the EU. Mr. Browder testified about the case, including Russia’s apparent influence over the U.N.’s CICIG, to the U.S. government’s Helsinki Commission on April 27, 2018. He is calling for the U.S. to halt funding to the CICIG until the Bitkov’s are released. This call has been joined by several Congress members, including Senator Marco Rubio (R-Fla).

Mr. Browder has detailed six instances CICIG’s complicity with Russia’s state-owned VTB Bank in its case against the Bitkovs in Guatemala:

In addition, according to Victoria Sandoval, one of the Bitkov’s lawyers in Guatemala, a request from the Child Prosecutor of the Attorney General’s Office in 2015 to have Vladimir Bitkov sent to an orphanage was initiated by a CICIG official who approached both the Child Prosecutor and the Judge in the case asking them to do whatever possible to get “the son of the Russians” sent to an orphanage.

Another lawyer for the Bitkovs, Rolando Alvarado, testified that he witnessed the CICIG’s initial raid on the Bitkov’s home, and that it was characterized by an excessive use of force in relation to the crime of use of false documents. He said that the State Prosecutor justified the excessive force on grounds that the raid originated with million dollar fraud claims by the Russian VTB Bank against the Bitkovs—claims which had already been rejected by the Guatemalan courts.