I fear that these excellent intentions may not achieve much, because at the apex of all international effort lies the UN Human Rights Council, a body now so perverted that it no longer makes sense to support it. What is the use of the UK lobbying other countries and supporting UN resolutions on religious persecution when the UNHRC is peopled with representatives of the most egregious offenders?

My Lords, Iraq is a member of the UNHRC, along with Saudi Arabia, China and Venezuela, to mention just a few of them. When Iraq campaigned for membership of the UNHRC they cited in support the happy condition of the Christian minority. In China, 1.3 billion people are denied freedom of speech, assembly and religion. Tibetans are occupied and tortured. In Russia, dissidents are harassed, arrested and assassinated. Crimea is annexed and Ukraine bombarded. In Saudi Arabia beheadings are at an all-time high. They bomb Yemeni civilians.

The response of the UNHRC is largely silence and the welcoming as members of those atrocious states. Only one country is permanently on the agenda of the UNHRC and that is Israel, targeted by the Arab members in an effort to deflect attention from themselves.

Earlier this year our Government, thankfully, became a torch-bearer for the truth. The British mission blasted the UN body as biased and overly focused on Israel. The UNHRC has breath-taking double standards and is outrageously biased against the only country in the Middle East whose Christian population has grown, namely Israel.

It is time to call out the hypocrisy of the UNHRC, as a preliminary to safeguarding the religious minorities of Iraq and the wider Middle East. Will the Minister ensure that the UK’s place on the UNHRC is, has been, as it was in the past and I hope will be in the future, to tell the truth and defend the persecuted? 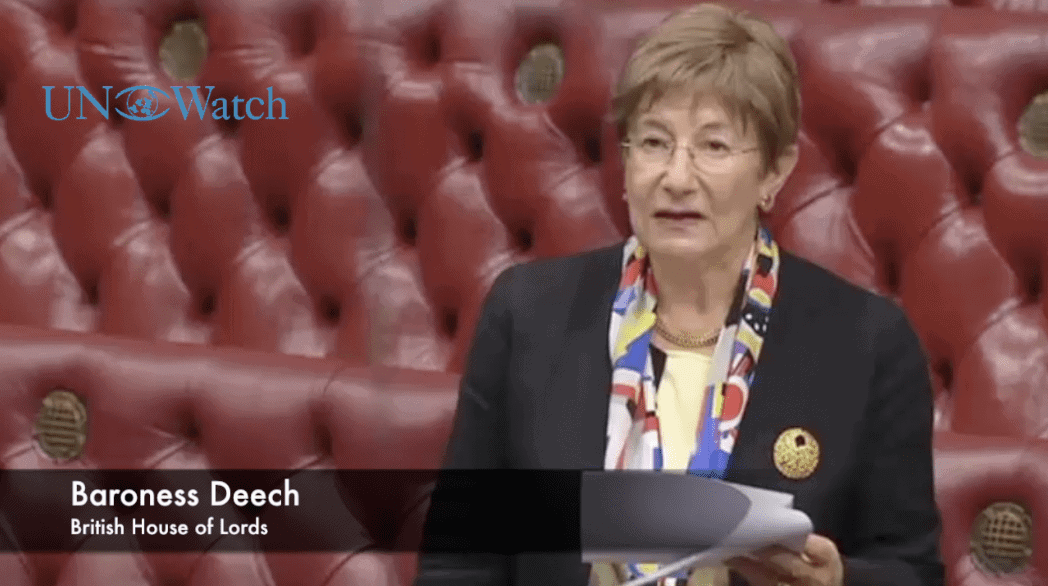