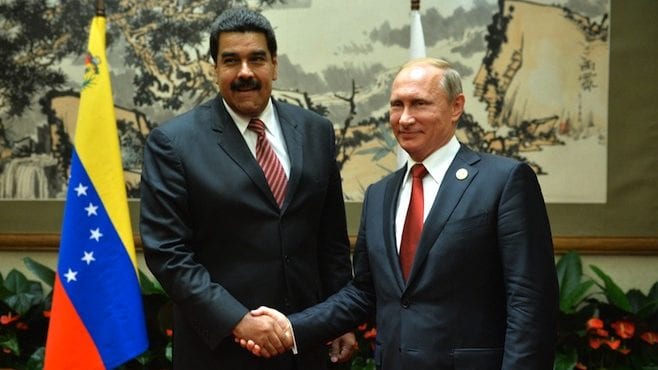 UN Watch, a Geneva-based non-governmental organization, condemned today’s election of serial human rights abusers China, Russia, UAE and Venezuela to the 54-member Economic and Social Council (ECOSOC), a top UN body that regulates human rights groups, shapes the composition of UN women’s rights bodies, and adopts resolutions on subjects ranging from internet freedom to the treatment of prisoners.
“It’s an outrage,” said Hillel Neuer, Executive Director of UN Watch. “Electing repressive regimes like China, Russia, UAE and Venezuela to a vital UN organ, with the power to bar non-governmental organizations from UN meetings, is like picking a pyromaniac to be captain of the fire department.”
UN Watch called on UN chief Ban Ki-moon, rights commissioner Zeid Ra’ad Al-Hussein, U.S. Ambassador Samantha Power and the EU’s Federica Mogherini to condemn the election of dictatorships.
“Today’s election diminishes the credibility of the United Nations human rights system and casts a shadow upon the reputation of the organization as a whole,” said Neuer.
UN Watch also called on Norway to apologize for congratulating the regimes on their election. (See tweets below.)
“Why is Norway saluting President Nicolas Maduro’s cynical UN victory,” asked Neuer, “at the same time as he imprisons 96 political opponents, including opposition leader Leopoldo Lopez and Mayor of Caracas Antonio Ledezma?”
UN Watch also criticized EU’s 28 member states, a majority of whom voted for China and UAE. The UN ballot was secret, but the results show only 11 of 193 UN states voting in the UNGA declined to vote for China, meaning at least 17 EU countries voted for the Communist regime. Likewise, only 13 declined to vote for UAE, meaning at least 15 EU states voted for UAE.

.@FedericaMog Why did so many EU states vote dictators to ECOSOC?
182 for #China
180 for #UAE
177 for #Venezuelahttps://t.co/yczanMWR5o

ECOSOC is the sole principal organ under the UN Charter mandated to adopt resolutions for the purpose of “promoting respect for, and observance of, human rights and fundamental freedoms for all.”
ECOSOC accredits and oversees human rights groups at the UN, deciding who can participate at the UN Human Rights Council.
Non-democracies have used ECOSOC bodies to intimidate NGOs. Last month, UN Secretary General Ban Ki-moon said he was “deeply disappointed” by an ECOSOC committee’s denial of UN credentials for the Committee to Protect Journalists, a highly respected organization.
“Today’s UN vote gives non-democracies malign influence at the world body. World leaders who failed to prevent it must now speak out for basic decency and morality in UN bodies,” said Neuer.
ECOSOC decides which nations will sit on the UN Commission for Social Development, the Commission on the Status of Women, the Committee on Economic, Social and Cultural Rights, the Executive Board of the United Nations Children’s Fund and the Executive Board of UN Women (the United Nations Entity for Gender Equality and the Empowerment of Women).

Congratulation @onuvenezuela for your election to the ECOSOC. Looking forward to working with you @iraq_un https://t.co/wbI5VGgKpb

We at the @KuwaitMissionUN congratulate our colleagues at @UAEMissionToUN on being elected to #ECOSOC 2017-2019 ! pic.twitter.com/V4U4XBIqlo

#UAE wins a seat at the #UN #ECOSOC with 180 votes pic.twitter.com/5S6kzfjsIo