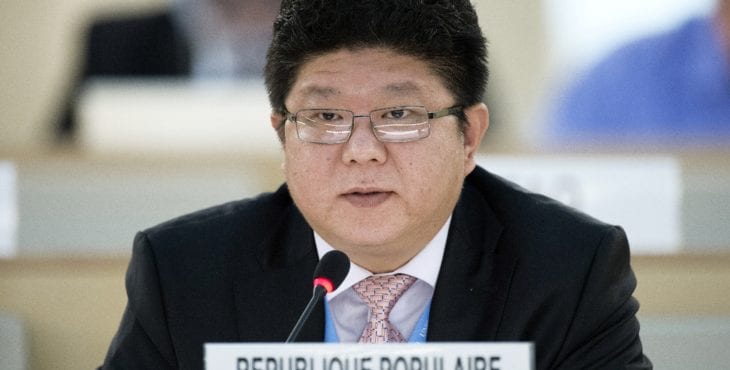 North Korea, known at the UN as the ‘Democratic People’s Republic of Korea’ (DPRK), said “the Council must address gross human rights abuses such as the U.S. invasion of Iraq and Afghanistan, Japan’s crimes against humanity—including sexual slavery and political violations committed under the national laws of South Korea—and coercive abduction of DPRK citizens into South Korea.”

The North Korean delegate added that his country “strongly opposes politicization, selectivity and double standards in field of human rights,” and “will continue promotion of dialogue in human rights while opposing and rejecting overtly political allegations from those countries such as US, Japan and South Korea under the pretense of human rights.”

Democratic Republic of Congo, which Freedom House ranks as ‘not free’, boasted of its “67 TV channels, 100 written media and 26,000 NGOs, which exercise their rights in all freedom.” Responding to criticism of its shrinking democratic space, DRC said “We must avoid far-fetched claims which are hollow and devoid of all meaningful content.”

Mauritania, a slave-holding country, affirmed its “commitment to continuing on the path of protecting human rights.”

Eritrea, found last week to have committed crimes against humanity, said that “the country has invested its resources in order to ensure that all citizens are enjoying their natural human rights.”

Kuwait, which has contributed warplanes to the Saudi-led coalition that has killed more than 1,100 children in Yemen, and which joined the Saudis in blackmailing the UN into deleting the coalition from its child-killer list, said it was “a leader of humanitarian justice.”