PRESS RELEASE
UN Watch calls on U.S. and EU to mobilize opposition to “rogues’ gallery” of candidates: Iran, Syria, Algeria, Chad, China, Cuba, Russia, Saudi Arabia, Vietnam
GENEVA, July 10 — Reuters has just confirmed UN Watch’s exclusive report from yesterday (see below) that Iran and Syria are running for seats on the UN’s highest human rights body.
Hillel Neuer, the head of UN Watch, a Geneva-based advocacy group that monitors the work of the United Nations, called on the U.S. and the EU to mobilize opposition to Iran and Syria, as well as to “others in the rogues’ gallery of declared candidates: Algeria, Chad, China, Cuba, Russia, Saudi Arabia and Vietnam.”
“The U.S. and EU should encourage worthy candidates from each regional group to throw their hats in the ring, and then lobby for their election over the current slate of tyrannies and human rights abusers,” said Neuer.
“Countries that murder and torture their own people must not be allowed to become the world’s judges on human rights,” he added.
“Given that Iran was recently elected to the UN commission on women’s rights, and Syria to UNESCO’s human rights committee, we cannot take anything for granted,” said Neuer.
“Syria is certainly less popular now, but Iran chairs the largest UN voting bloc — the non-aligned movement — through which it hosted a Tehran summit last year that drew many world leaders including UN chief Ban Ki-moon,” Neuer said. “We need to seriously fight these candidacies.”
__________________
Yesterday’s Report
“List of Shame”: World’s Worst Abusers Running for
UN Human Rights Council Seats 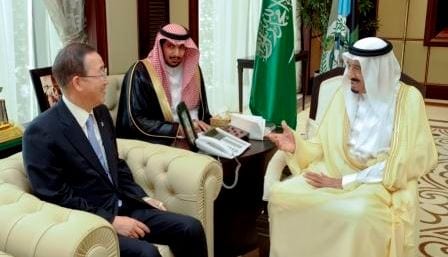 GENEVA, July 9 — As a United Nations meeting is today set to hear live campaign pitches (webcast link) from the UK, France and other democracies running for seats on the world body’s Human Rights Council, the Geneva-based non-governmental human rights group UN Watch revealed its “List of Shame” — naming some of the world’s worst abusers who are also running in the Nov. 2013 election and expected to win seats: Algeria, Chad, China, Cuba, Russia, Saudi Arabia, and Vietnam. Though unconfirmed, reportedly Iran and Syria may also be running. Click here for full chart of candidates (PDF).
“This is a recipe for disaster,” said UN Watch executive director Hillel Neuer. “By electing massive abusers of human rights to the very body charged with protecting them, the UN is about to drop more rotten ingredients into the soup. We should not be surprised by the results.” 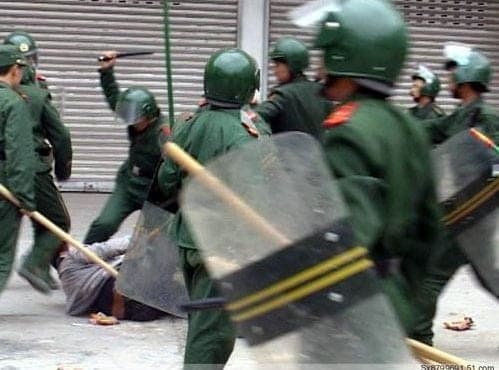 UN Watch is already working with dissidents and NGOs from China (photo left), Cuba and Russia to oppose those candidacies. In recent years, UN Watch successfully led international coalitions of MPs and NGOs to block bids by Syria and Sudan. However, most abusers win election. “Politics, not principles, are too often what rule in UN elections,” said Neuer.
“Candidates like Algeria, China, Cuba, Russia and Saudi Arabia have one thing in common: they systematically violate the human rights of their own citizens,” said Neuer, “and they have consistently voted the wrong way on UN initiatives to protect the human rights of others.”
“It’s not only that these governments are unqualified; they are the ones who should be in the dock of the accused, not sitting on high as prosecutor and judge.”
“It is an insult to their victims — and a defeat for the global cause of human rights — when the U.N. allows gross abusers to act as champions and global judges of human rights,” said Neuer.

“When the U.N.’s highest human rights body becomes a case of the foxes guarding the henhouse, the world’s victims suffer.”
Click here for full chart (PDF)