GENEVA, April 20 – In a new diatribe delivered before an April 10th anti-Israel gathering in Washington, DC, former UN expert Richard Falk lashes out at UN Watch for “defamatory attacks” that “damaged my reputation, referring to the exposure of his support of 9/11 conspiracy theories and anti-Semitic remarks. Falk compared the Geneva NGO’s practices to those of Nazi propagandist Joseph Goebbels (see video above at minute 9:00 to 10:00).

In fact, those who joined UN Watch in condemning Falk’s poison included UN Secretary-General Ban Ki-moon, the U.S., the UK, Canada — and the Palestinian Authority, which famously tried to fire him. For a glimpse into Falk’s numerous statements supporting terrorism against America, the West and Israel, click here.

According to Falk, writing in prepared remarks, UN Watch was the “most aggressive” of organizations to take him on, and “with incredible persistence” gave voice “to their denunciation of my character and activities.”

Falk complains that UN Watch circulated “defamatory attacks” calling for him to be fired to prominent international personalities, “including high-ranking civil servants in the UN itself, such as the UN Secretary General, the High Commissioner for Human Rights, and a variety of ambassadors of countries friendly to Israel.” 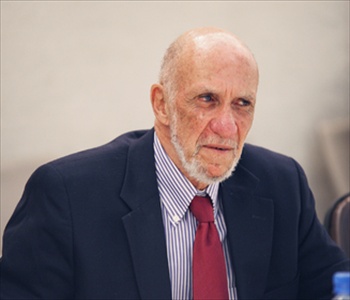 “It was particularly disturbing to me that these defamatory attacks were treated as credible on their face by supposedly responsible prominent UN officials and government representatives without the slightest effort to conduct an independent investigation or the minimal courtesy of checking either with me or with the sources that were being relied upon to put forward these defamatory assertions.”

“Instead, their endorsement by supposedly responsible public figures was damaging to my reputation, and helped to divert attention from fashioning appropriate responses to the substantive grievances of the Palestinian people, and hence also indirectly damaged the reputation and effectiveness of the UN.”

“On more than one occasion the UN SG Ban Ki-Moon denounced me without making the slightest attempt to assess the accuracy of the views attributed to me in such UN Watch letters that referred in discrediting and misleading ways to material from my blog where I discussed in some detail the 9/11 attacks and the international context of the 2013 bombing at the Boston Marathon.”

“After the first of these attacks by the UN SG I tried to find out why as someone working without salary on behalf of the UN was not given the opportunity to at least explain my views.”

“When I tried to probe the matter by seeking an explanation, I was told somewhat apologetically by a close associate of the SG that the failure to take account of my actual views was due to the fact that ‘we didn’t do due diligence.’ He added that at the time the UN felt ‘under pressure from the U.S. Congress to show that the Organization were not hostile to Israel.’ It was a sensitive moment as Ban Ki-Moon was seeking U.S. support for reappointment to a second term.”

“In a similar vein, the U.S. Ambassador Susan Rice, and later Samantha Power, denounced me as biased, and deserving dismissal. When I sought some explanation from Ambassador Rice my overly polite letter remains unanswered.”