How Cuba Will Use UNHRC Nominee Jean Ziegler to Spread Lies, Propaganda 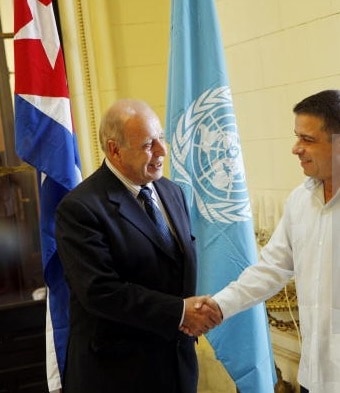 November 1, 2007, in Havana, Cuba: Jean Ziegler, UN Special Rapporteur on The Right to Food (L) is welcomed by Cuba’s Foreign Minister Felipe Perez Roque. Ziegler’s visit marks the first time in many years that Cuba has allowed a UN envoy to visit Cuba on human rights issues. “Ziegler shares the view of the ailing Cuban President Fidel Castro that it is a crime against humanity to use agriculturally productive soil for growing crops for biofuel production instead of for foodstuffs.” (Photo by Sven Creutzmann/Mambo photo/Getty Images)
Jean Ziegler, co-founder, co-manager and 2002 recipient of the Qaddafi human rights prize, is hoping to return to the UN Human Rights Council in September, thanks to the sponsorship and lobbying efforts of the Swiss government.
While Switzerland’s Note Verbale on Ziegler’s behalf invokes his prior work as a UNHRC expert, the truth is that his record there was marked by shameless politicization and propaganda for some of the world’s most autocratic regimes.
A classic example is Ziegler’s use of his UN mandate to propagandize for the Communist regime of Fidel Castro.


For years, Cuba had refused to allow entry to the UNHRC’s designated country investigator on Cuba, Christine Chanet.
Finally, in June 2007, in a midnight maneuver, the council abolished the mandate on Cuba, the result of a pressure campaign by Havana and its powerful allies in the non-aligned, Arab and Islamic groups at the UN.
Suddenly, a few months later, in October 2007, Jean Ziegler, the council’s “expert on the right to food” —  a position initiated by Cuba in 2000 specially for Ziegler — arrived in Cuba on an official visit. 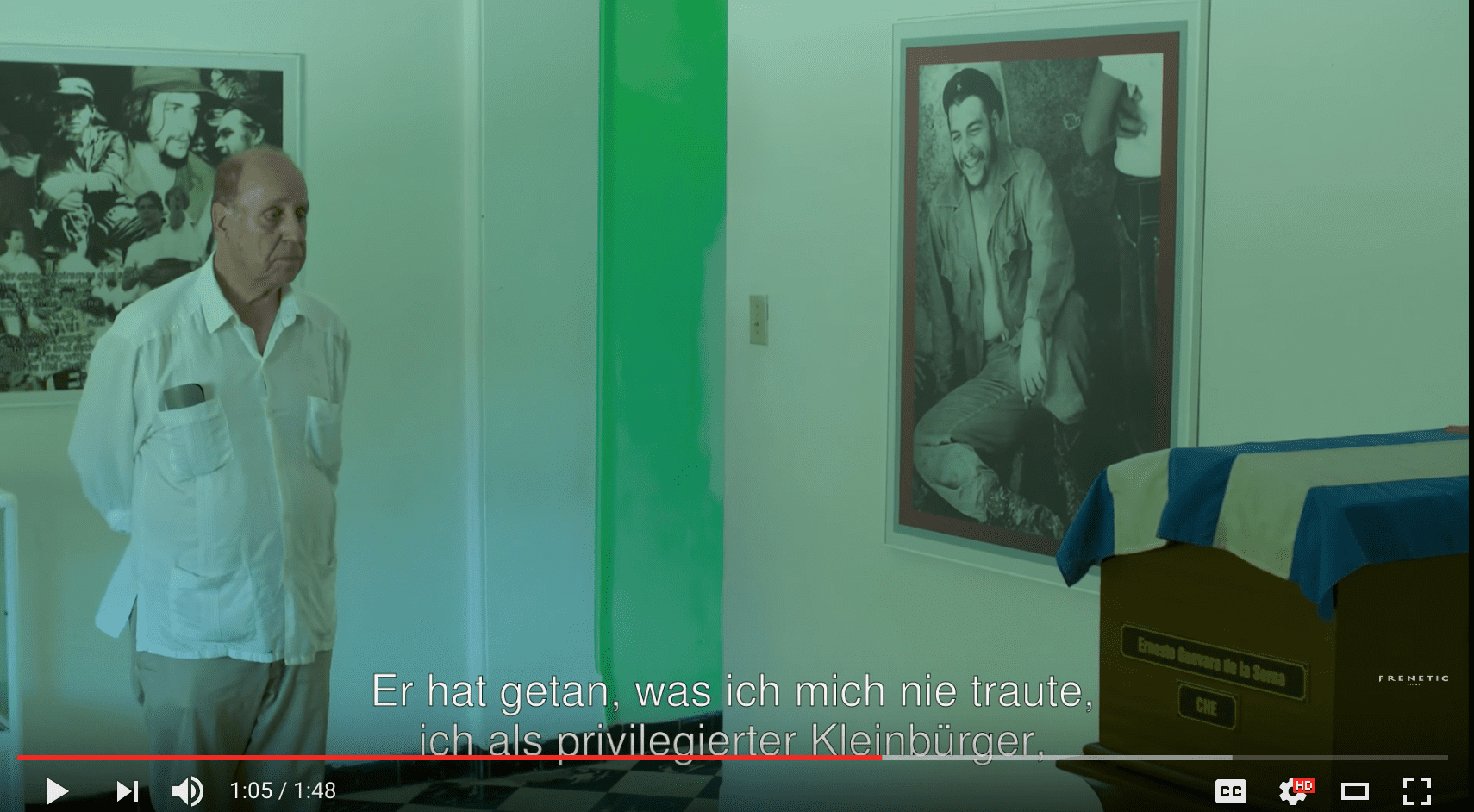 Ziegler’s visit was a shock to many because Cuba had not only rejected visits by the UNHRC country investigator Chanet, but it also refused to admit the Special Rapporteur on the independence of judges and lawyers, who had issued a request in 1995, with unanswered follow-up requests in 1996 and 1999; and Cuba also rejected a visit by the Special Rapporteur on  freedom of religion, who had submitted a request for a visit in 2006.

Ziegler’s visit was a massive exercise in propaganda. UN experts are supposed to hold governments to account; Ziegler did the opposite. He showered the Castro regime with praise.
His trip was a stage-managed Potemkin visit for international consumption, designed to cleanse Cuba’s U.N. reputation after the elimination of Chanet’s mandate. If the Human Rights Council applied its own rules, Ziegler should have been forced to recuse himself from reporting on Cuba.
While in Cuba, Ziegler declined an invitation to meet dissidents because, he said, it might ”put in danger” his hosts’ ”openness.”
Instead, he hailed the Castro regime as a model government — ”in the vanguard of the struggle for the right to food.”
His written report submitted later to the council similarly failed to criticize Cuba. Instead he attacked the U.S. for “illegal” acts:

To the United States, the Special Rapporteur recommends in the strongest way the removal of the illegal embargo against Cuba. Cuba should be granted open access to export markets, and the unnecessary cost and inconvenience that the embargo places on the system of food importation in Cuba should be eliminated. Cuba should be entitled to access the credit facilities of the World Bank, IMF and the Inter-American Development Bank. The travel ban on staff of the World Bank and other international organizations should be lifted, and the inconveniences created for United Nations staff,scientists, civil society members and others working to develop Cuba’s capacity to realize the right to food should be eased.

Here are just a few samples of what Ziegler did write about Cuba in his report:

In trying to justify his trip, Ziegler insisted that, Swiss news reported, “the gesture will not be limited to him alone and other UN envoys will benefit as a result.”
His written report of the visit added:

The Special Rapporteur is very encouraged by Cuba’s commitments to increase its cooperation with the Human Rights Council. He welcomes the declaration made by Felipe Pérez Roque, Minister for Foreign Affairs on 10 December 2007 to the effect that Cuba will…. extend invitations to other special procedures of the Council.

So, six years later, how many council investigators have been admitted?
Zero. Ziegler lied.
According to the UNHRC website, which lists the status of pending requests,  all of the above-listed requests submitted to Cuba by special rapporteurs remain pending — meaning, they have gone unanswered for as much as 18 years.
So are additional requests to visit Cuba made by the Special Rapporteur on violence against women, the Special Rapporteur on freedom of association and assembly, and the Special Rapporteur on  torture, whose 2009 request was supposed to be under consideration, yet remains pending.
What is Cuba hiding? Those who know its human rights record know the answer.
Ziegler had promised that Cuba’s permission for his visit was not specific to him, but part of a giant opening for the UN. Ziegler was there to build an opening.
There was no opening. It was all for propaganda. Six years later, we can say: Ziegler lied.
Below: Jean Ziegler’s assistant Christophe Golay shakes hands with Carlos Lage Davila, Vice President of the Council of State as Ziegler looks on; Lage’s hand on Ziegler’s back.