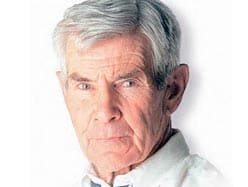 One of the more interesting organizations concerned with both the fate of the world and the people in it is UN Watch.

Set up in 1993, it’s a Geneva-based non-governmental organization in place to monitor the UN itself.

What’s significant is UN Watch uses the UN Charter itself to scrutinize what goes on inside that body. In other words, UN Watch doesn’t set the standards, the UN does. UN Watch simply judges the UN by its own yardstick.

Governed by an international board, the Canadian representative is Irwin Cotler, former minister of justice and attorney general.

As a quick summary, the UN Charter’s aim is: 1. To avoid the “scourge” of war; 2. To advance human rights and equal treatment; 3. To establish justice and allegiance to international law; 4. To promote social progress and enhance freedom.

To achieve these goals, the UN urges tolerance, understanding, fairness, social progress and the practice of good neighbourliness and peaceful means.

All pretty standard. All idealistic. Using these guidelines, UN Watch has earned lots of respect, but achieved little in hellholes like Darfur and Congo, or Burma, or for women in Iran, Haiti, Kyrgyzstan and other places that abuse people.

So why, if it has little effect, does UN Watch continue its mission?

A good question, but continue it does. This month its executive director, Hillel Neuer, addressed the UN’s Human Rights Council.

Here is his succinct report, without comment, which itself strikes me as an indictment so damning of the UN, it requires no embellishing:

“In Article 1 of the Vienna Declaration (and Program of Action), the states assembled here committed to protect all human rights. Is the Council living up to this obligation? Focusing thematically on the right to life, let us consider one example from each of the past 12 months:

• October: Iraq. A terrorist attacks a mosque, killing the imam and 14 others.

• May: Libya executes 18 foreigners, without due process.

“Mr. President, faced with these and other gross violations of the Vienna Declaration, what was this council’s standard response? Silence. No resolutions; no urgent sessions; no investigations. Nothing.

“Yet … when Israel defended itself against violent Jihadists on the so-called humanitarian flotilla, we witnessed another standard — a double-standard.

“Suddenly the council sprang into action, with an urgent debate, a resolution condemning Israel, and yet another investigation where the guilty verdict was declared in advance. Meanwhile, in this session, not a single resolution has been adopted for 191 other countries.

“Is the right to life, as guaranteed under the Vienna Declaration, being protected? No — on the contrary. And millions of victims are paying the price.”