The interview below appears in the latest edition of the Chicago JUF News.

‘Orwellian, paradoxical, and absurd’ – An interview with Hillel Neuer
By PAUL WIEDER Associate Editor
Hillel C. Neuer is the executive director of UN Watch, a human rights non-governmental organization based in Geneva, Switzerland, that monitors and reports on the actions of the United Nations. Neuer, an international lawyer, diplomat, writer, and activist, was listed in the “Top 100 Most Influential Jewish People in the World,” by the Israeli newspaper, Ma’ariv. Neuer will be the keynote speaker at the Jewish Federation’s 2016 Annual Meeting, to be held at the Hyatt Regency Chicago on Thursday, Sept. 15. Here are some excerpts from a recent phone interview with JUF News.
JUF News: Of all the resolutions condemning the actions of various countries, how many times has the UN condemned Israel, specifically?
Hillel Neuer: Since 2006, when the UN Human Rights Council was officially ‘improved,’ they have issued 61 resolutions against all other countries in the world. In this same decade, they have issued 67 against Israel alone.
What has Israel done to elicit some of these condemnations?
Neuer: Recently? Jerusalem built a light-rail system that runs through Jewish and Arab neighborhoods, making transportation easier and cleaner. UNESCO has a draft resolution, likely to pass, condemning the train for blocking the view of the Old City walls.
The World Health Organization condemned only one country this year for violating people’s health rights: Israel—over its ‘treatment’ of Syrians in the Golan Heights. Well, Israel should be singled out—but for their incredible medical treatment of refugees from Syria’s war. It’s Orwellian, paradoxical, and absurd.
What have other countries done that has not received UN condemnation?
Neuer: The list is endless. Here are some recent examples. Turkey just arrested or fired 50,000 academics. It’s akin to China’s Cultural Revolution, a radical undermining of the social order. For this they received from the UN no resolution, no emergency session, no commission of inquiry.
Saudi Arabia is waging a war in Yemen that has killed thousands of civilians, including some 600 children. Again, no resolution, no emergency session, no commission of inquiry. They get a free pass. And these are the same Saudis who back resolutions condemning Israel for actions it takes to defend itself.
In Venezuela, there is mass poverty and hunger in a nation with an abundance of resources. Their president, Nicolas Maduro, was just reelected, and the nation was reappointed to the UN Human Rights Council. Yet on Venezuela there is no resolution, no emergency session, no commission of inquiry.
What can we, as American citizens, do to raise awareness of the UN’s anti-Israel bias?
Neuer: People should become educated and informed. Resolutions by the UN have the appearance of international legitimacy and are regarded as authoritative. American citizens concerned with justice, human rights, and Israel’s right to exist, can go to our website, unwatch.org, receive briefings, and follow us on Facebook. Then they can sign petitions, write letters to the editor and to Congress, and share what they have learned on the Internet. People can make sure their government is paying attention. When the United States shows they care, it can make a big difference.
_____
Today in Venezuela: Demonstrators flood streets, demand recall vote 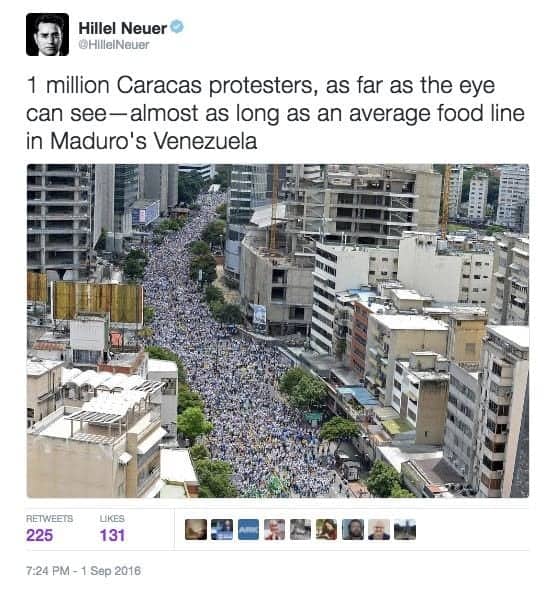 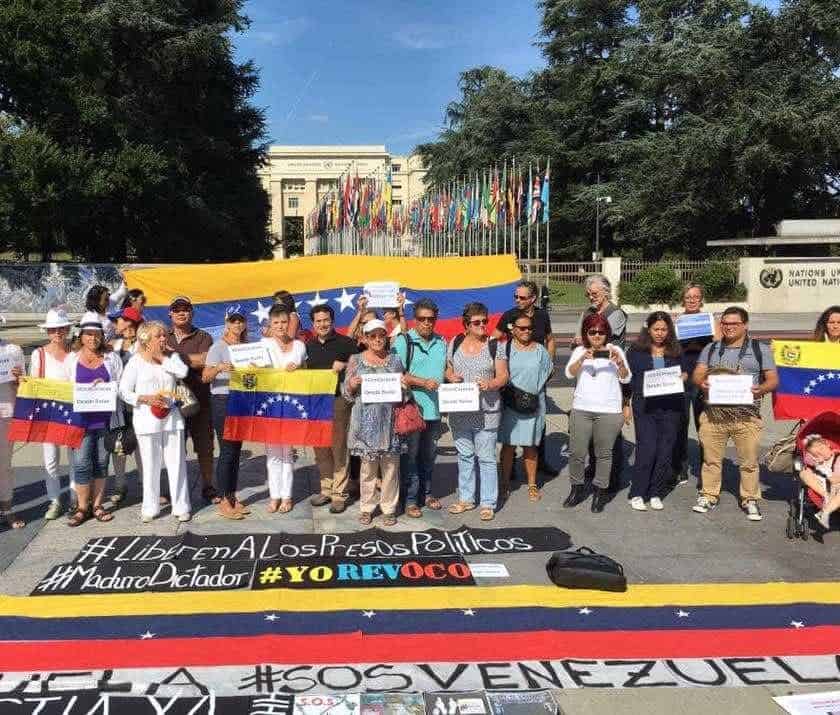