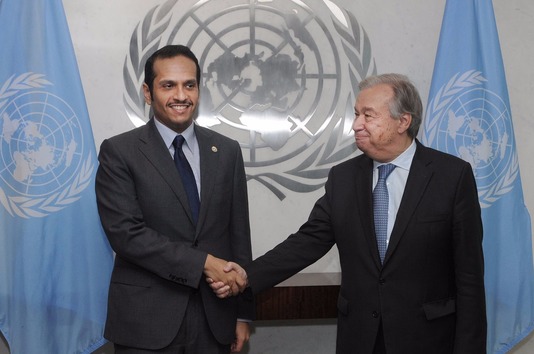 Other non-democracies to win seats were Afghanistan, Angola, and Nigeria.

UN Watch published a comprehensive study showing how the candidates failed to meet the U.N.’s own minimal membership criteria.

Despite a pledge by 47 EU and other countries to vote “based on human rights considerations” and to strive for competitive slates, oppressive regimes won easily, many on uncontested lists.

“By picking Qatar, Congo and Pakistan as world judges of human rights, the U.N. is once again asking the foxes to guard the chickens,” said UN Watch executive director Hillel Neuer. “It’s absurd, immoral, and offensive.”

UN Watch was quoted extensively on the elections by media worldwide including the Associated Press, Deutsche Presse-Agentur, and Spain’s EFE news agency. 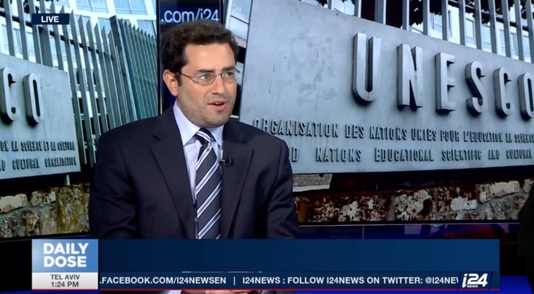 The U.S. decision to pull out of UNESCO followed failed efforts to reform the agency, said UN Watch executive director Hillel Neuer in an interview on i24News TV. While UNESCO’s mission to promote education, science and culture is noble, the agency has become hijacked by dictatorships.

The election on Friday of former French culture minister Audrey Azoulay—who is Jewish—will have no impact on the most consequential UNESCO decisions, which are made by a governing board that includes Iran and Sudan.

Examples of how UNESCO became a rogue agency abound.

Here are a few:

– Anti-Israeli Obsession: Between 2009-2014, UNESCO adopted 46 resolutions against Israel; 1 on Syria; and none on Iran, Sudan, North Korea, or any other country in the world. See here and here. Betraying its mission to protect world heritage and culture, UNESCO repeatedly denies the ancient Jewish heritage and culture of Jerusalem and Hebron, which was this year declared a Palestinian World Heritage site.

– Electing Syria’s Assad to Human Rights Committee: In 2011, UNESCO elected Syria’s Assad regime to its human rights committee. When UN Watch exposed the outrage and launched a protest campaign, the U.S. and UK were embarrassed and tried to remove Syria — but failed to get enough votes. UNESCO chief Irina Bokova criticized Syria’s membership but was powerless to remove the Assad regime.

– Glorifying Violence: In 2013, UNESCO enshrined “The Life and Works of Ernesto Che Guevara” in its “Memory of the World Register” — even though Che Guevara led the first firing squads of the Cuban Revolution, and founded Cuba’s “labor camp” system that would later be used to incarcerate gays, dissidents and AIDS victims. President Obama’s representative, Ambassador David T. Killion, demanded that UNESCO’s program “not be used as a tool to glorify or legitimize violence.” His objection was ignored.

– Naming Prizes for Dictators: UNESCO created a $3 million prize in 2008 named for and funded by President Obiang, the brutal and corrupt dictator of Equitorial Guinea. His state radio once announced that Obiang “can decide to kill” without anyone calling him to account because he is in “permanent contact” with God, “who gives him this strength.”

– World Philosophy Day” in Tehran: In a 2010 address, UNESCO director-general Irina Bokova spoke of her efforts over two years to sponsor a “Philosophy Day” in Tehran — despite Iran’s horrific record of repression and censorship after the fraudulent elections of 2009. Absurdly, Bokova said “I hope this will be a major opportunity for free intellectual debates around the topics.” Eventually UNESCO was forced to cancel the event.