JERUSALEM POST: It’s pretty clear to see that Israel is singled out for condemnations and resolutions in the UN. What is behind this?
HILLEL NEUER, EXECUTIVE DIRECTOR OF UN WATCH: The UN onslaught against Israel has been entrenched since 1975, when the UN adopted the “Zionism is Racism” resolution. It was repealed, but the infrastructure of anti-Israel resolutions remains. For example, there were 20 resolutions against Israel this year at the General Assembly in New York, compared to only three resolutions against all other countries combined.
The campaign against Israel was started by the Arab and Islamic states in the late 1960s. Together, they have 56 votes, and they use them to bring support to their causes: if you vote for them, they vote for you. Terror also helped their cause. In the 70s, when there were Palestinian hijackings, governments like Switzerland went to the PLO and made a deal: if the PLO stopped terrorism, the Swiss would support the Palestinians at the UN in Geneva. And so they did.
JERUSALEM POST: In the videos of your speeches, you are so calm and collected despite constant interruptions and accusations by some of the worst regimes in the world. How do you remain so calm and not react to the insanity going on around you?
It helps to be Canadian. When I take the floor, I express the full passion that I have for human rights victims around the world who are being ignored, whether in China, Iran, Russia, Turkey—and I bring that to my presentation. So too, when I address the anti-Semitism and the demonization of Israel, I bring the full passion of that injustice to my speech.
At the same time, to be effective one has to know how to restrain oneself — and so I bring my full Canadian-ness. Just like a surgeon who comes to the operating table and there is blood and guts all over the place, at that time the worst thing to do is to allow your emotions to get a hold of you. You must be focused on the job at hand.
Click here for full interview
(Source: Jerusalem Post Premium) 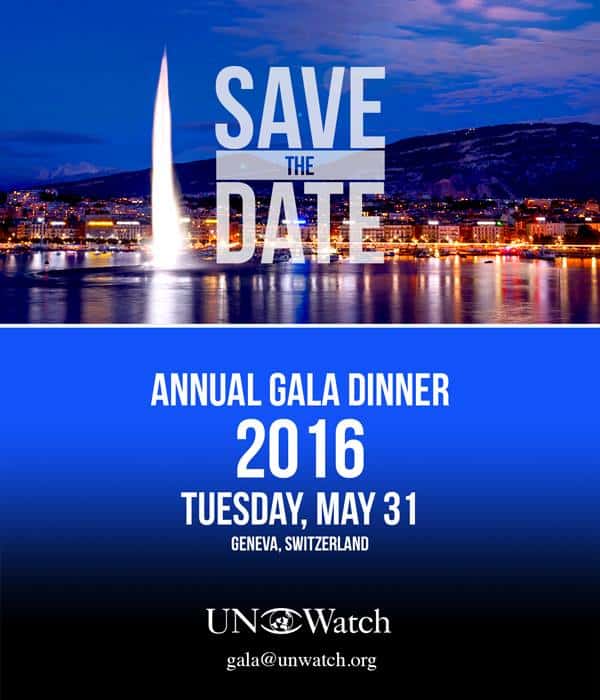