May 6, 2017 – Swedish foreign minister Margot Wallström defended the election of Saudi Arabia to the U.N. women’s rights commission, saying they “ought to be” there “to learn something about women.”

In the Commission of the Status of Women are almost one fourth of all the countries in this world: there is also Russia, Belarus, Iran, Pakistan. And if we would have as a criteria that they have an ambitious policy when it comes to women’s rights, very few countries would actually take place there.

If there is one place where they ought to be, to learn something about women, it is in the Commission on the Status of Women.

If it was about the policies that they have at home, maybe only Finland and Sweden would be left in the Commission of the Status of Women. I don’t think it would be a good idea. 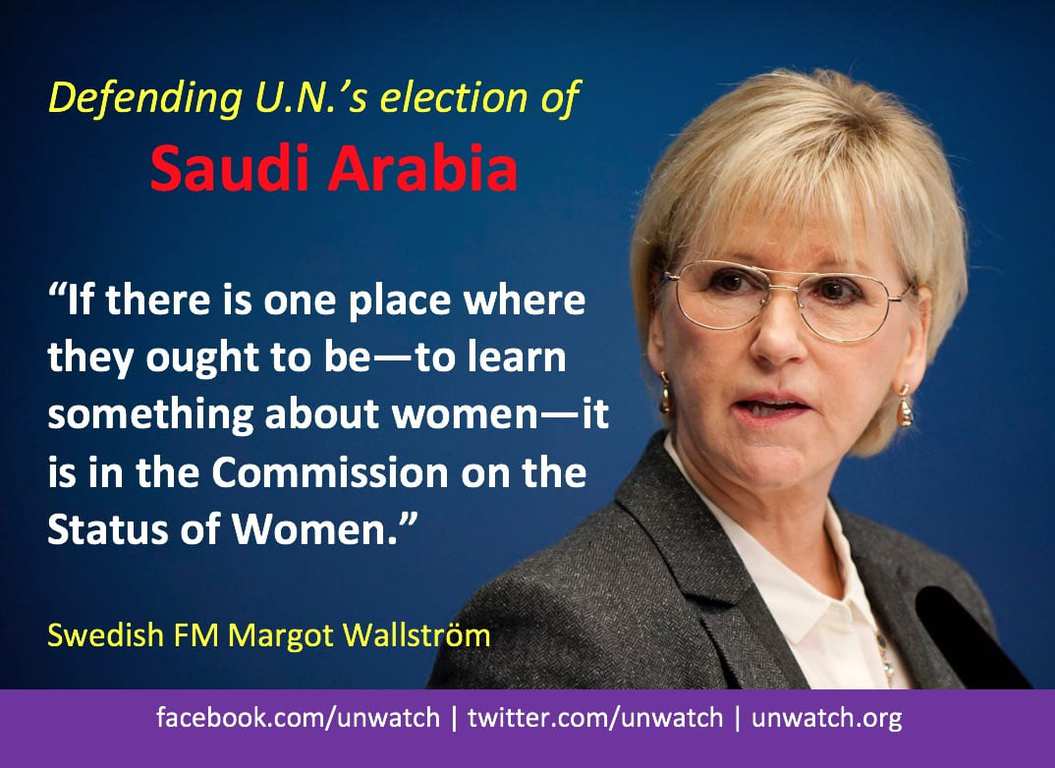