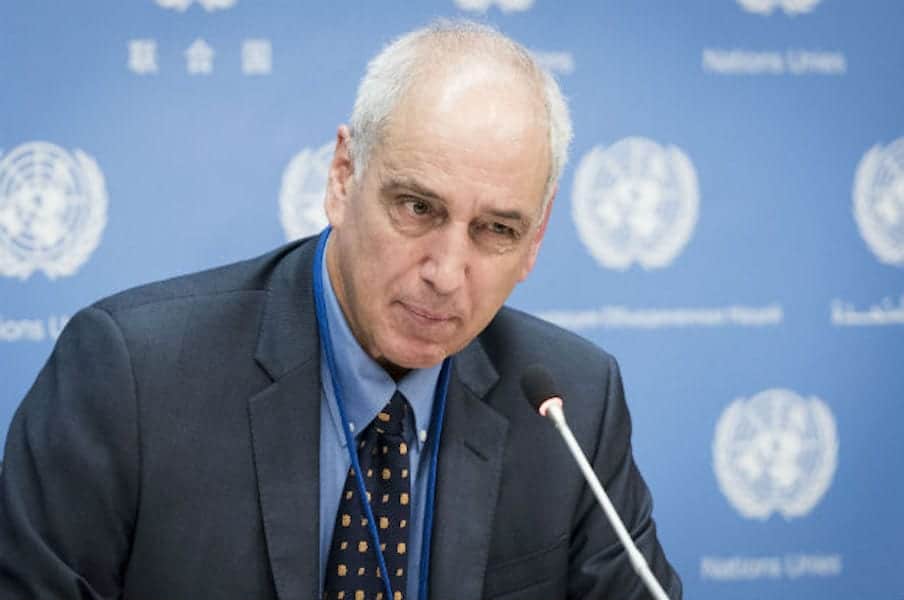 UN monitor Michael Lynk, tasked with investigating “Israel’s violations,” said he has not heard
any demands for expanding his mandate to also include violations by the Palestinian Authority
and Hamas, but “my mind remains open.”

UN Watch welcomes the many Special Rapporteurs who have requested visits to countries in which millions of victims face gross and systematic human rights abuses.

At the same time, UN Watch is deeply concerned that, according to OHCHR, no requests have ever been made to visit North Korea by the Special Rapporteurs on Freedom of Assembly; on Human Rights Defenders; on the Independence of Judges; on Torture, or by the Working Group on Arbitrary Detention.

That there is a country mandate on North Korea is no reason for thematic mandates to ignore their responsibilities. If requests to visit are denied, the experts should complete their reports by interviewing witnesses or human rights defenders in neighboring countries.

We believe that Special Procedures can act as a vital early warning system. That is why we regret that in the decade preceding the mass killings in Syria, no requests were ever made to visit Syria by numerous special procedures, including the experts on Freedom of Expression, on Freedom of Religion, and on the Independence of Judges.

We can’t help but wonder: What if the warning signs of oppression were identified long ago? What if global awareness and pressure over Syria’s longstanding abuses were mobilized years earlier? Might lives have been saved?

Finally, I would like to ask a question addressed to the Special Rapporteur on Palestine, Mr. Lynk, about concerns you and others have expressed over the ongoing protection gap inherent in the mandate.

When you were appointed last year, you adverted to concerns that Palestinian victims of human rights violations committed by the Palestinian Authority and Hamas enjoy no protection under your mandate, which is focused exclusively on actions by Israel. You were quoted in Canada’s Globe and Mail newspaper as saying that you would be “open to looking at expanding the job.”

Are you still open to granting vital protection to victims of the Palestinian Authority and Hamas – be they bloggers, journalists, women, religious minorities, LGBT — who regularly suffer gross violations of human rights from those governing authorities in the West Bank and Gaza?

Given that efforts were made by several of your predecessors, including Mr. Falk in 2008 and Mr. Halinen in the 1990s, to end the protection gap of your mandate, have you asked the Council yet to make those changes? Thank you.