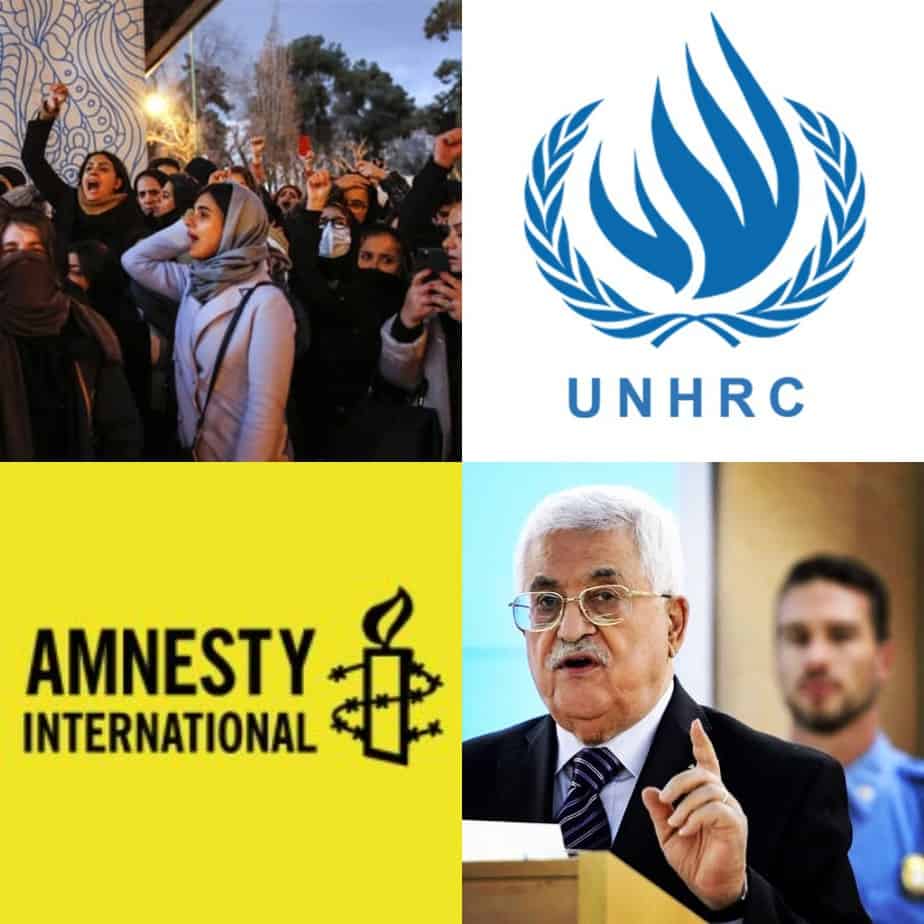 Shame on you @ilhan for retweeting a slanderous hit job on one of the most courageous women's rights activists in the world—an Iranian who faces death & rape threats for protesting Iran's compulsory hijab law, and whose brother has been taken hostage by the regime to silence her. https://t.co/oE7T9EphiT

If this were Israel instead of Iran the BBC would not report "mistakenly," the U.N. Human Rights Council here in Geneva would be gathering the lynch mob, and Jeremy Corbyn, Linda Sarsour & Ken Roth would be red in the face screaming about war crimes.https://t.co/8ee6InAfQI

Courageous men & women in cities across Iran are risking their lives to protest the murderous regime.

When there's a violent border confrontation orchestrated by Hamas on the Gaza frontier with Israel, @Amnesty announces their live tweets in advance of the "protests."

But after 24 hours of historic rallies of peaceful protesters across Iran, the @Amnesty Twitter feed is silent. https://t.co/Zrw2P7Cxr4

We had to shame Amnesty for four straight days to get them to finally tweet this 1 thing for the men and women risking their lives for human dignity and freedom in Iran. https://t.co/cqIiKWJXUk

Bravest people in the world. pic.twitter.com/xjCav4reQi

Students in Tehran University take pains to avoid walking on the flags of the U.S. and Israel, as the regime forces their people to do, and when two Basiji regime agents make a point of trampling the flags, the crowds shout "Bi Sharaf!" — the regime has "No conscience or morals!" https://t.co/N4qRPatoX0

Third time this week I've seen Iranian citizens overtly refuse to dishonor the U.S. & Israeli flags, defying the diktat of the murderous Ayatollah Khamenei regime. These men and women are the great hope for a Middle East of peace and tolerance. The free world must support them. https://t.co/OtmUhy6CbP

I'm grateful to all for helping this account to surpass 90,000 Twitter followers. As we speak out for victims of murderous regimes and their apologists, and in defense of the UN Charter on its 75th anniversary, your support, trust & encouragement are wind in our sails. Thank you.