As the world marks International Women’s Day this week, the UN agency for gender equality should explain why they have selected Palestinian youth leaders who glorify women in acts of terrorism.

UN Women’s Palestine branch recently announced its new youth forum for dialogue and advocacy around gender, and “31 young leaders from Palestine were selected for their leadership and demonstrated contribution to promote gender equality and the empowerment of women and girls.”

Members of this Youth Gender Innovation Agora, according to UN Women, are “committed to the core values of the United Nations.” Yet a glance at the social media of some of these young leaders suggests that UN Women Palestine chose many young leaders with a demonstrated record of glorifying terrorism, and of opposition to core United Nations values of human rights and peace.

UN Women’s gender equality youth leader Mohamad Abu Samra could be credited with promoting female role models, except that his idea of female empowerment is the terrorist Dalal Mughrabi, who participated in the 1978 Coast Road Massacre in which 38 Israelis, including 13 children, were murdered.

In Mohamad Abu Samra’s Facebook post, his text accompanying a picture of Mughrabi details with reverence the heroism of Dalal to fulfill “the necessity to carry out a daring and qualitative operation to hit Israel in the heart of its capital.” 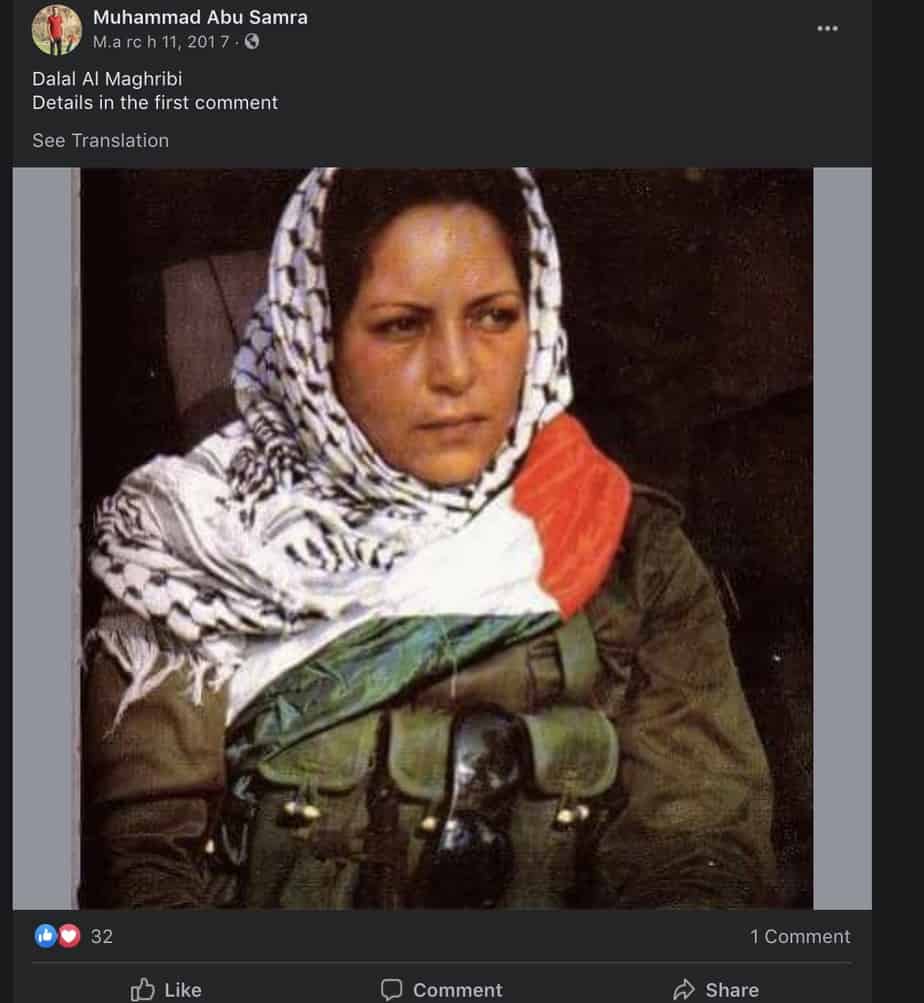 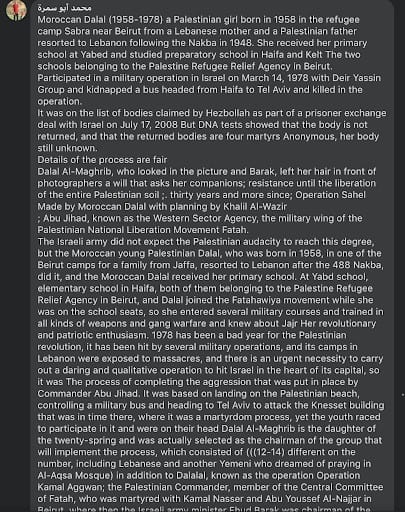 Abu Samra isn’t the only one of the GIA’s youth leaders who admires Mughrabi. Samar Saleh Thawabteh also commemorates the anniversary of Mughrabi’s “martyrdom” with her own post celebrating the terrorist attack which, in her words, caused “hundreds of dead and wounded on the Israeli side.” This UN gender equality leader gives Mughrabi further credit for exploding the bus she was in and killing the passengers and Israeli soldiers on board. 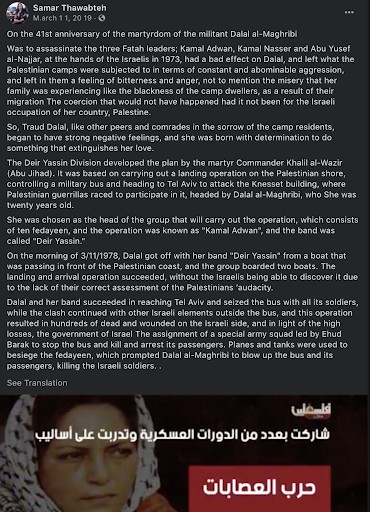 Lionizing a female terrorist is only one example of social media posts from its Palestinian youth ambassadors for gender equality that should horrify UN Women. Mohamed Abu Samra also celebrates “the martyrdom of the heroes of the Al-Baraq Revolution” — three Palestinians who committed brutal murders of Jews in Safed and Hebron during the 1929 Palestinian anti-Jewish riots in which 130 Jews were massacred. 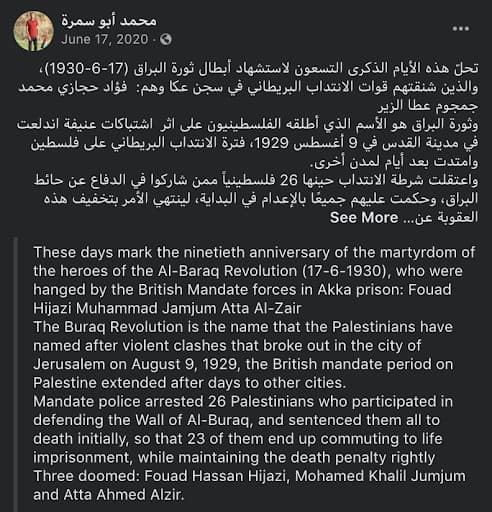 Yasmin Attoun, another of UN Women’s young gender equality leaders, published on her Facebook post an image highlighting calls for violent revolution. Guns and Molotov cocktails feature prominently, and it is clear that they are to be used against Israel. 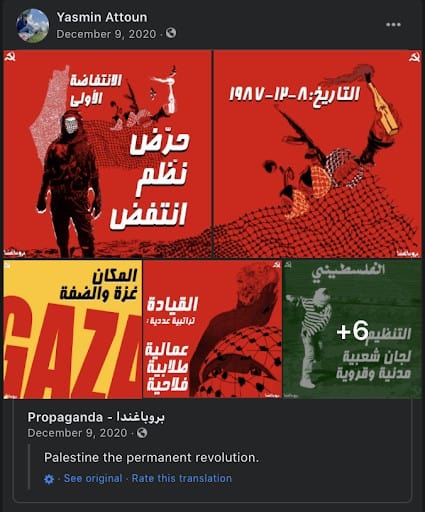 UN Women’s gender innovation youth leader Ayah Abu Mayaleh posts on his Facebook feed a video denying Israel’s right to exist. The video was produced by Sami Mushtaha, a journalist for an affiliate of Al-Quds TV, the Hamas propaganda network. Mushtaha asks several Palestinian children what the capital of Israel is. The children repeatedly deny Israel’s existence, saying: “What Israel?”; “There is no Israel”; “Israel is a creation of America”; and “Israel belongs to us, not to the Jews.” 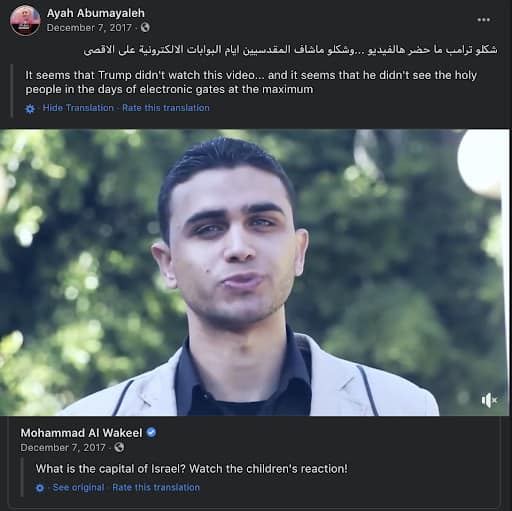 UN Women’s gender innovation youth leader Suhaib Abdat erases Israel from the map overlaying it with the Palestinian colors. His caption reaffirms this by stating “from Ras Al-Naqourra [in the] North to Umm Al-Rush [in the] South.”

The above is just a selection of disturbing social media posts by the new cohort of UN Women Palestine’s leaders of gender equality, enough to raise serious questions over the agency’s selection process.

According to UN Women Palestine, its youth leaders are supposed to support the implementation of the UN’s Sustainable Development Goal 5. Among its laudable targets are to “end all forms of discrimination” and “eliminate all forms of violence” against women and girls.