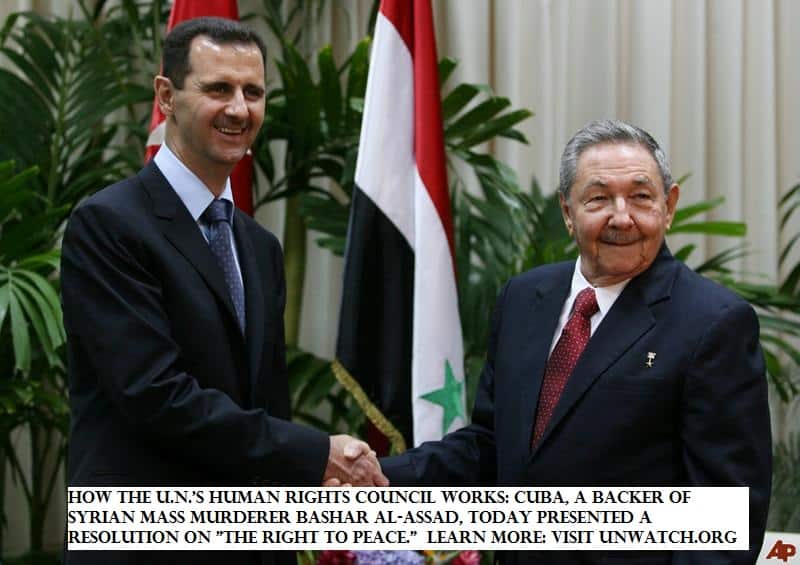 This is how the U.N. Human Rights Council undermines the very principles it was founded to uphold. Today the Communist government of Cuba, a key backer of the Syrian mass murderer Bashar al-Assad, presented a draft resolution on “The Right to Peace.”

Not surprisingly, the resolution promotes a text by the council’s Advisory Committee which recognizes a “right to resist and oppose oppressive colonial, foreign occupation or dictatorial domination.” Experts say this can be read as legitimizing terrorism.

The Netherlands said “not every laudable goal can be phrased in terms of human rights”, and gave the example of the right to happiness. We need to set priorities and work on identifiable and distinguishable rights; establishing the right to peace would “come in the way of the establishing of existing rights.”

The U.S. stressed the importance of a spirit of “openness and flexibility”; we are “moving towards a divisive text rather than one that can build bridges within the Council.”

Cuban Dissident’s Release on Parole is Long Overdue But Insufficient