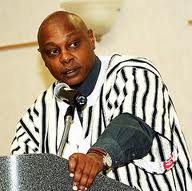 GENEVA, June 21 – For the second time this week, an official of the U.N.’s top human rights body delivered a plenary address categorizing Canada with major violators of human rights, saying that a Quebec law on demonstrations was among eight in the world that are “particularly harsh in terms of restricting the freedom of association.” A Geneva law was also criticized.

Presenting his annual report, Maina Kai, the 47-nation body’s Special Rapporteur on the rights to freedom of peaceful assembly and of association, emphasized that “breaches of peaceful assembly cut across the entire world.” He said “there’s not a single region in this world that has not received a communication from my mandate regarding violations.”

However, Mr. Kai added that “there are some places, some countries, where the laws are particularly harsh in terms of restricting the freedom of association, and for these ones, I’ll just mention just a few: in Algeria, Belarus, Canada, in particular in terms of the province of Quebec, Ethiopia, Jordan, Malaysia, Russian Federation, and Switzerland, in the Canton of Geneva, especially.” CLICK HERE FOR VIDEO AND TRANSCRIPT

“But I’ve also got to note that in some of these countries, these laws are being challenged in court, as is in Malaysia and as well in Switzerland.”

He omitted to mention that the recent Quebec law was immediately challenged, with legal arguments already heard before the chief justice of the Quebec Superior Court.

The expert’s criticism of Canada echoed a similar statement made on Monday by U.N. rights chief Navi Pillay, which sparked headlines and editorials across Canda.

However, human rights activists differ on whether Canada and Switzerland, widely regarded as democracies that protect individual freedoms, belonged in the same category as repressive regimes like Algeria, Belarus and Russia.

“We strongly support the new mandate of the special rapporteur, and his work to uphold freedom of peaceful assembly,” said Hillel Neuer, the Montreal-born lawyer who heads UN Watch, a Geneva-based human rights organization that monitors the United Nations according to the principles of its charter.

“At the same time, UN Watch does not agree with lumping together countries that may have blots on their system with those where the blot is the system,” said Neuer.

“The state of freedom in Canada and Switzerland—including in the province of Quebec and the canton of Geneva—is diametrically opposed to the authoritarian police states that prevail in Algeria, Belarus, Jordan and Russia. This is obvious to many victims of persecution around the globe who continue to desperately seek entry into both Canada and Switzerland.”

“It’s also the findings in the latest annual survey by Freedom House, the human rights group that measures civil rights protection, which classifies Canada and Switerland in the highest category of freedom — and Algeria, Belarus, Jordan and Russia in the lowest.”

“Too often at the U.N., a doctrine of political correctness compounded by pressure from powerful blocs of states leads to jaywalkers being treated the same as rapists and murderers. Ultimately, this does not promote universal human rights standards, but rather the opposite. If the brutal and oppressive regime of Belarus dictator Alexander Lukashenko is equal to Canadian and Swiss democracy, then people may conclude that maybe he’s not so bad after all.”

Mr. Kai’s listing of Canada followed an earlier statement today by Belarus accusing the expert of “imbalance” by allegedly ignoring Canada and other Western countries. The delegate of Belarus made detailed accusations of abuse by Quebec police in Montreal and Victoriaville, citing the use of tear gas, clubs and rubber bullets against demonstrators.

At a Monday panel held on the sidelines of the council, Mr. Kai told NGO activist that he would be willing to consider a visit to Canada. However, in his plenary statement today, he mentioned other countries which he has formally requested to visit. Saying it was non-exhaustive, he listed Algeria, Bahrain, Belarus, Chile, China, Cuba, Egypt, Ethiopia, Malaysia, Russia, Sri Lanka, Syria, Uganda and Venezuela.