Appeal for High Commissioner Bachelet to Speak Out for Political Prisoner Vladimir Kara-Murza, Opponent of Russia’s War on Ukraine

We deliver this statement on behalf of a cross-regional civil society coalition, as listed at www.unwatch.org/FreeKaraMurza.

Russia’s war on Ukraine will stop when Russians are able to express their opposition.

That is why we hereby call on Secretary-General Guterres and High Commissioner Bachelet to speak out and demand that Russia release all prisoners of conscience whose only crime was opposing this war.

One of these prisoners is my friend Vladimir Kara-Murza, a brilliant author, historian and filmmaker, also one of Russia’s most prominent opposition politicians.

His close associate, opposition leader Boris Nemtsov, was assassinated in Moscow in 2015.

Because of his dissent, Vladimir himself was poisoned and went into a coma. Not once, but twice, in 2015 and 2017.

Despite the dangers, Vladimir stays in Russia, refusing to give up his fight for democracy.  “In Russia,” he said, “the biggest gift that opponents of the regime could give the Kremlin would be to leave. This is what they want from us.”

And now he is once again paying the price.

On April 11th, Vladimir was arrested outside his Moscow home after a CNN interview where he criticized the Kremlin’s aggression. He was sentenced to 15 days in prison. Then, on April 22nd, Vladimir was prosecuted under a draconian new law that criminalizes the spreading of so-called fake information about the military.

Mr. President, Vladimir is being arbitrarily detained for exercising his basic right to freedom of expression.

When will High Commissioner Bachelet speak out? 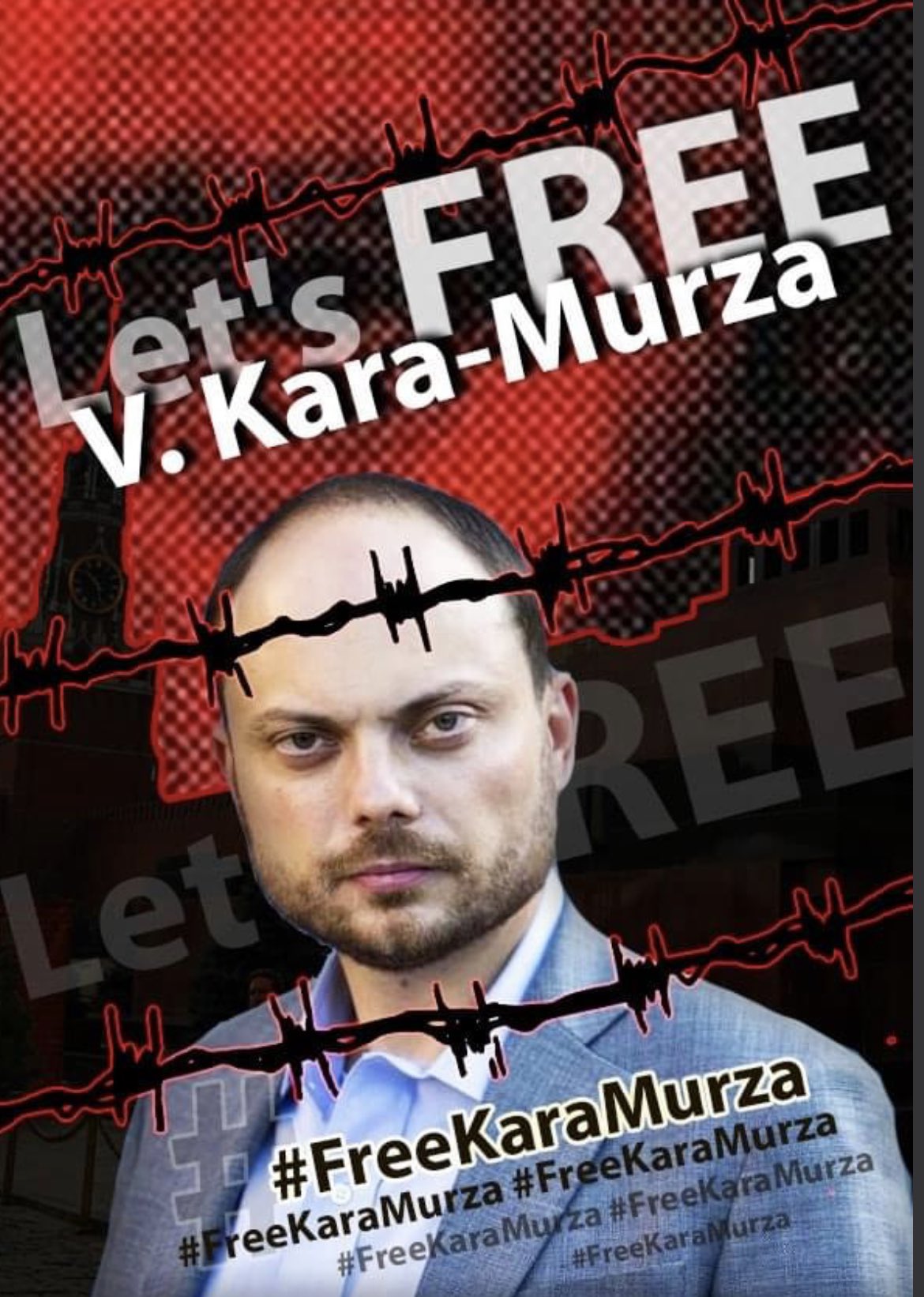