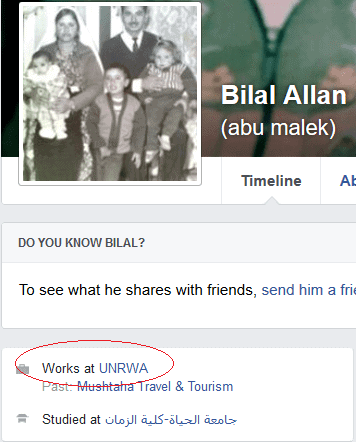 Bilal Allan, who identifies himself on his Facebook profile as an UNRWA employee (above), published a video this past June propounding classical anti-Semitic claims. According to Wassim al-Sissy, an Egyptian urologist and the interviewee in the video, America has become “putty in the hands of Global Zionism.” He approves of the notion that “the Jews in our country have gained control of our stomachs, our minds and our urges. All that is left is to change the name New York to Jew York.” He then falsely purports to quote Benjamin Franklin as saying “The undoing of America will be at the hands of the Jews.”

Screenshots of the video are below. The original interview can be found here.