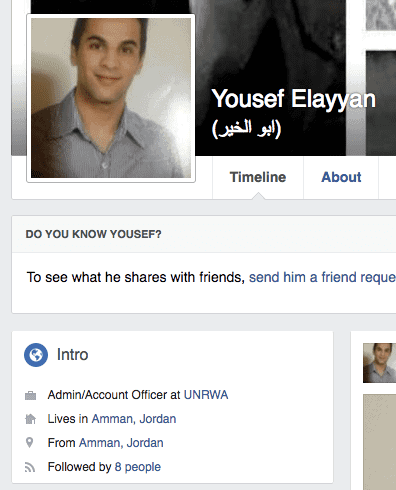 Yousef Elayyan, who identifies himself on his Facebook profile as an account officer at UNRWA, published a graphic Hamas propaganda video, snapshots of which are shown below.

It shows camouflaged Hamas snipers assassinating Israeli soldiers, and ends with the text: “Zionist soldier: don’t move. You are in Gaza. Hamas snipers have you in their sights.” 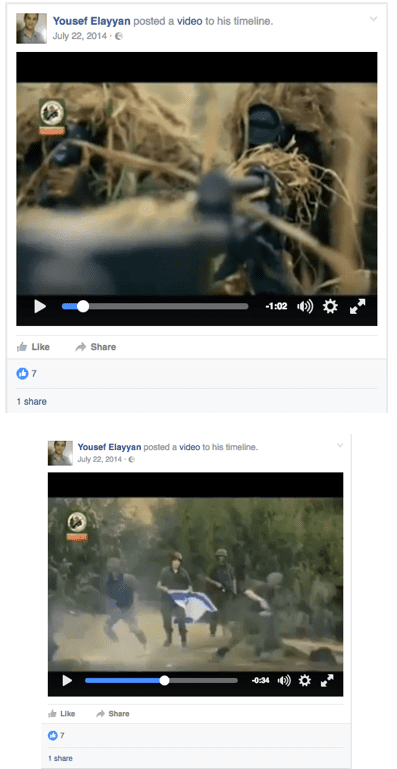