GENEVA, March 9 – UN Watch welcomes the news that the United Nations commission of inquiry on Gaza is seeking to defer its report to June.

“This is what I proposed to the commissioners when I met them in September,” said UN Watch executive director Hillel Neuer. “A serious report needs more time and must reflect material that has come to light from all parties.”

“Moreover,” said Neuer, “the resignation of William Schabas under a cloud of bias accusations requires a complete rewriting of the report.” 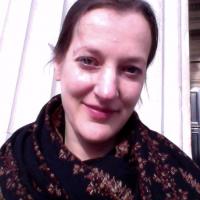 “Finally, UN Watch’s recent revelation that the Goldstone Report was drafted with the help of an anarchist law professor who devoted her life to prosecuting Israelis for war crimes (photo of Grietje Baars) requires a careful review of the staffers now drafting this report, who were hired by the same UN agency.”

Following is the UN press release obtained by UN Watch

GENEVE (Issued as received) — Today I met with the Commissioners of the United Nations Independent Commission of Inquiry on the 2014 Gaza Conflict who handed over a letter requesting a deferral to June 2015 of the submission and presentation of their report due to be presented to the Human Rights Council on 23 March.

The Commissioners informed me that they needed this extension in order to weigh the additional information they have received in recent weeks.

I have conveyed this request to the concerned parties and informed the Council Bureau.  Following the explanation by the Commissioners, I support the request for additional time vis-à-vis the Human Rights Council, in order to allow them to finalise a comprehensive report as mandated.