Rush transcript of translation from Spanish

There is an old saying that Diplomats think twice, before saying… nothing. As I am not anymore a diplomat I will use this opportunity to say a couple of things, thanks to the invitation that I received from UN Watch and its leader Hillel Neuer. And today is a moment to reflect on the consequences that the terrorist attack of 9/11 had on all of us. 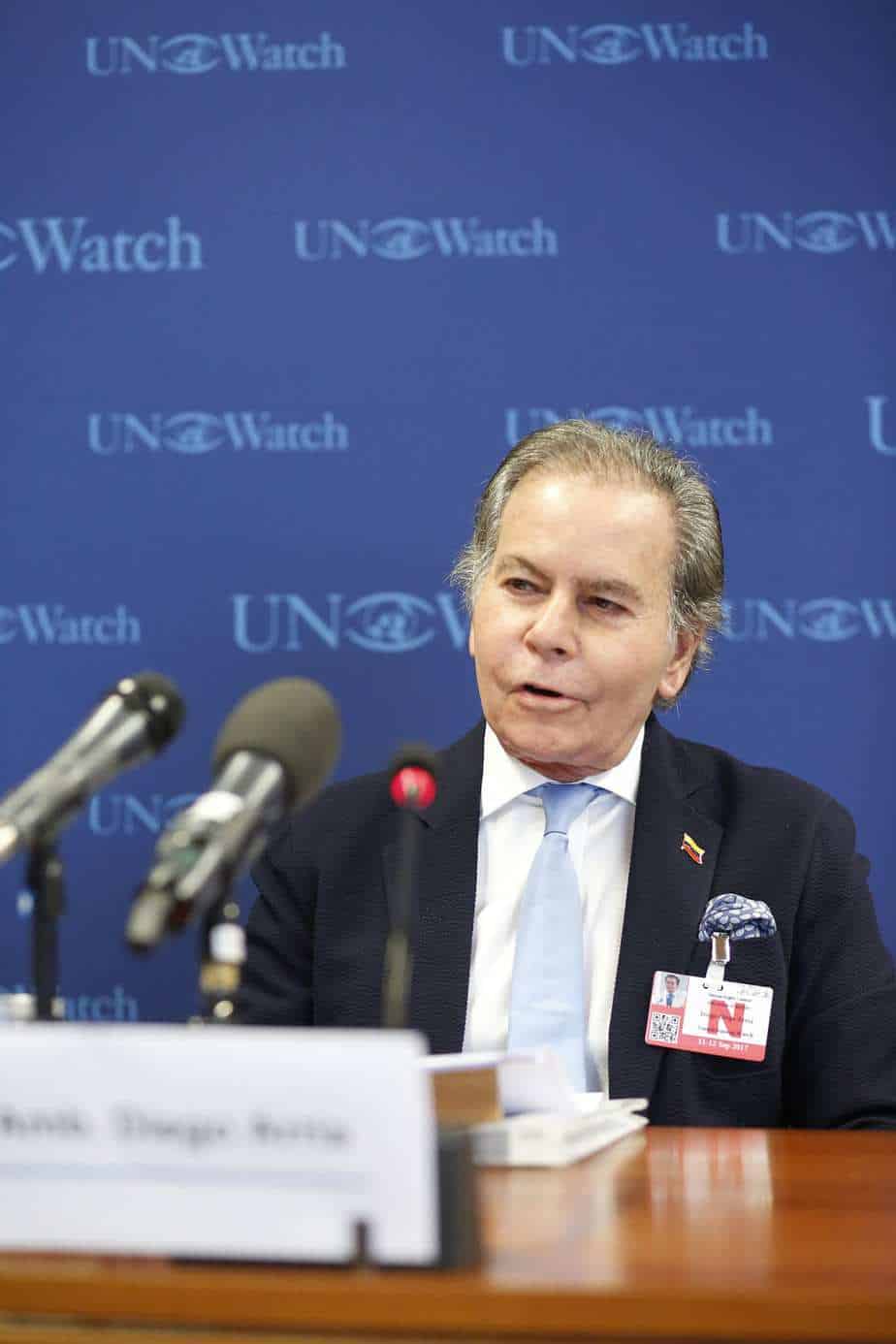