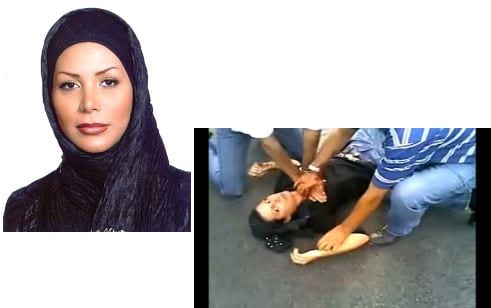 GENEVA, March 2, 2010 — One day after Iranian Foreign Minister Manouchehr Mottaki told the UN in Geneva that President Ahmadinejad’s June election was “an exemplary exhibition of democracy and freedom,” Caspian Makan, the fiancé of slain Iranian icon Neda Agha Soltan, announced today that he will join world-famous dissidents as a speaker at Monday’s Geneva Summit for Human Rights, Tolerance and Democracy, co-organized by a global civil society coalition of 25 NGOs.

Images of Neda’s bloody killing in June at the hand of the Basij paramilitary force turned an international spotlight on the brutality of the Iranian government crackdown against peaceful protesters.

The Tehran regime banned prayers for Neda in the country’s mosques, arresting anyone who held a vigil for her. Mr. Makan was then arrested and detained at Evin Prison in Tehran. He was beaten and pressured to sign a false confession.

Since his release, Mr. Makan has been an outspoken dissident for freedom in Iran, spreading Neda’s story and message around the world.

The Geneva conference is organized by a global civil society coalition of 25 human rights groups, including Burmese, Tibetan and Zimbabwean organizations (see list below), with support from the Canton of Geneva.

The two-day schedule features more than 20 action-oriented presentations and skills-building workshops, with the objective of advancing internet freedom, the struggle of dissidents against state repression, and reform of the 47-nation UN Human Rights Council.

Admission to the March 8-9, 2010 conference is free, and the public and media are invited to attend. For accreditation, program and schedule information, please visit http://genevasummit.org/. Visit the site during the conference to follow the live webcast, blog and Twitter feed.