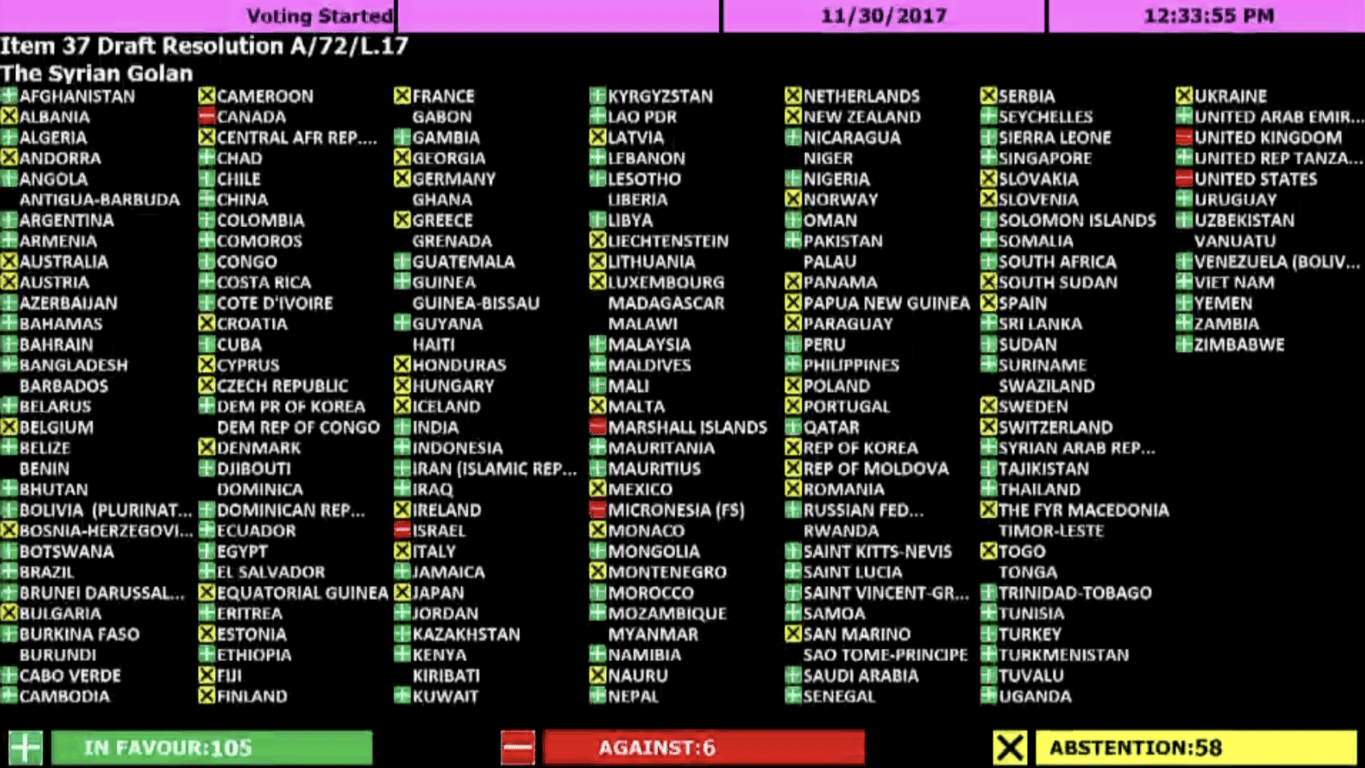 November 30, 2017 – UN Watch commended the United Kingdom for “breaking with the EU common position for the first time and  opposing the UN General Assembly’s annual Syrian-backed resolution that condemned Israel for not giving the Assad regime control over the Golan and its 20,000 Druze residents,” said Hillel Neuer, executive director of the Geneva-based monitoring group.

The resolution is part of the annual 20 Arab-sponsored resolutions criticizing Israel directly or by implication. By contrast, the UNGA this year passed only one resolution each on Iran, Syria, North Korea, Myanmar, Crimea and the U.S. embargo of Cuba.

The British delegate voted No, he told the assembly, because “resolutions which undermine the credibility of UN bodies risk hardening positions on both sides, and do little to advance peace or mutual understanding.”

“This is why we have voted against the resolution proposed by the Syrian regime regarding the occupation of Syria’s Golan.”

“The Syrian regime’s intent is to use this additional resolution to deflect attention from its own criminal actions and indiscriminate slaughter of its own citizens. “

“The duty of the General Assembly is to draw attention to international humanitarian law violations, wherever they occur. This resolution risks discrediting that vital responsibility.”