Transcript of Nikki Haley White House Press Conference, Oct. 8, 2018
See resignation letter below
AMBASSADOR HALEY: Well, I want to say — first of all, I want to thank the President for just, you know, allowing us to come out and talk to you this way. It has been an honor of a lifetime. You know, I said I am such a lucky girl to have been able to lead the state that raised me, and to serve a country I love so very much. It has really been a blessing, and I want to thank you for that.
But I’m most excited — look at the two years. Look at what has happened in two years with the United States on foreign policy. Now, the United States is respected. Countries may not like what we do, but they respect what we do. They know that if we say we’re going to do something, we follow it through. And the President proved that — whether it was with the chemical weapons in Syria; whether it’s with NATO — saying that other countries have to pay their share; I mean, whether it’s the trade deals, which has been amazing. They get that the President means business, and they follow through with that.
But then if you look at just these two years at the U.N., we cut $1.3 billion in the U.N.’s budget. We’ve made it stronger. We’ve made it more efficient.
South Sudan — we got an arms embargo, which was a long time coming.
Three North Korean sanctions packages, which were the largest in a generation, done in a way that we could really work towards denuclearizing North Korea.
The Iran deal — bringing attention to the world that every country needs to understand you can’t overlook all of the bad things they’re doing; you have to see them for the threat that they are.
I think you look at the anti-Israel bias, and the strength and courage that the President showed in moving the embassy, and showing the rest of the world we will put our embassy where we want to put our embassy.
You know, all of those things have made a huge difference in the U.S. standing. But I can tell you that it’s — the U.S. is strong again. And the U.S. is strong in a way that should make all Americans very proud.
And I do want to say that it’s not just the President I want to thank. The family in general — the First Lady has been nothing but very, very kind to me.
I can’t say enough good things about Jared and Ivanka. Jared is such a hidden genius that no one understands. I mean, to re-do the NAFTA deal the way he did. What I’ve done working with him on the Middle East Peace Plan — it is so unbelievably well done.
And Ivanka has been just a great friend. And they do a lot of things behind the scenes that I wish more people knew about because we’re a better country because they’re in this administration.
I also just have to say, certainly, thank you to my family. Michael is a saint. And my two little ones, I adore them.
And to Team U.S.-U.N. You know, they sacrificed a lot. They put a lot of time and energy into it. But they have a lot of heart, and really wanted to make America proud.
And so, with that, I’m not leaving until the end of the year. My goal is that we make sure that everything is in good place, and — for the next ambassador to come in. But it’s a great day in the United States. And I’m proud to have been part of a team.
Now, I don’t have anything set on where I’m going to go. I think that the main thing was — I was Governor for six years, and we dealt with the Hurricane, a thousand-year flood, a church shooting, a school shooting. There was a lot. And then, to come in and do two years of Russia and Iran and North Korea — it’s been eight years of intense time, and I’m a believer in term limits.
I think you have to be selfless enough to know when you step aside and allow someone else to do the job. So, thank you, Mr. President —
THE PRESIDENT: Thank you, Nikki. I’m so proud of you.
AMBASSADOR HALEY: — it’s been an honor of a lifetime. And I will say this: For all of you that are going to ask about 2020; no, I’m not running for 2020. I can promise you what I’ll be doing is campaigning for this one. So, I look forward to supporting the President in the next election.
THE PRESIDENT: That’s so good. Thank you, Nikki.
Q Ambassador Haley, you list a long list of accomplishments. Why would you want to leave that all behind? Is it really a personal decision because you’ve been away from your family for so long? Or is it something else, too?
AMBASSADOR HALEY: My family is very supportive. So, no, there’s no personal reasons. I think that it’s just very important for government officials to understand when it’s time to step aside. And I have given everything I’ve got these last eight years. And I do think that sometimes it’s good to rotate in other people who can put that same energy and power into it.
So there really is — a lot of people are going to want to say there’s a lot of reasons why I’m leaving. The truth is I want to make sure that this administration, the President, has the strongest person to fight. It was a blessing to go into the U.N. with body armor every day and defend America. And I’ll always do that; I’ll never truly step aside from fighting for our country. But I will tell you that I think it’s time.

I am sad to learn that Ambassador Nikki Haley is resigning. Facing an assembly of dictatorships and their apologists, history will record that she stood up for truth, fairness and human rights, and that she did so with courage, eloquence and grace. I will miss her. pic.twitter.com/fwa6FwNAyk

Nikki Haley Resignation Letter
Source: Washington Post
PDF of letter
October 3, 2018
Dear Mr. President:
It has been an immense honor to serve our country in your Administration. I cannot thank you enough for giving me this opportunity.
You will recall that when you offered me the position of United States Ambassador to the United Nations in November 2016, I accepted the offer based on some conditions. Those conditions included serving in your Cabinet and on the National Security Council and being free to speak my mind on the issues of the day. You made those commitments and you have absolutely kept them all. For that too, I will always be grateful.
We achieved great successes at the UN. We passed the toughest sanctions against any country in a generation, pressuring North Korea toward denuclearization. We passed an arms embargo on South Sudan that will help reduce violence and hopefully bring peace to that troubled country. We stood up for our ally Israel and began to roll back the UN’s relentless bias against her. We reformed UN operations and saved over $1.3 billion. We spoke out resolutely against dictatorships in Iran, Syria, Venezuela, Cuba, and yes, Russia. Through it all, we stood strong for American values and interests, always placing America first. I am proud of our record.
As a strong supporter of term limits, I have long believed that rotation in office benefits the public. Between the UN Ambassadorship and serving in the South Carolina Governorship and General Assembly, I have been in public office for fourteen straight years. As a businessman, I expect you will appreciate my sense that returning from government to the private sector is not a step down but a step up.
Accordingly, I am resigning my position. To give you time to select a replacement, and to give the Senate time to consider your selection, I am prepared to continue to serve until January 2019.
At that point, I will once again become a private citizen. I expect to continue to speak out from time to time on important public policy matters, but I will surely not be a candidate for any office in 2020. As a private citizen, I look forward to supporting your re-election as President, and supporting the policies that will continue to move our great country toward even greater heights.
With best wishes and deep gratitude,
Nikki Haley

This is the video that made Nikki Haley famous, her first U.N. press briefing from February 2017. We posted it to… 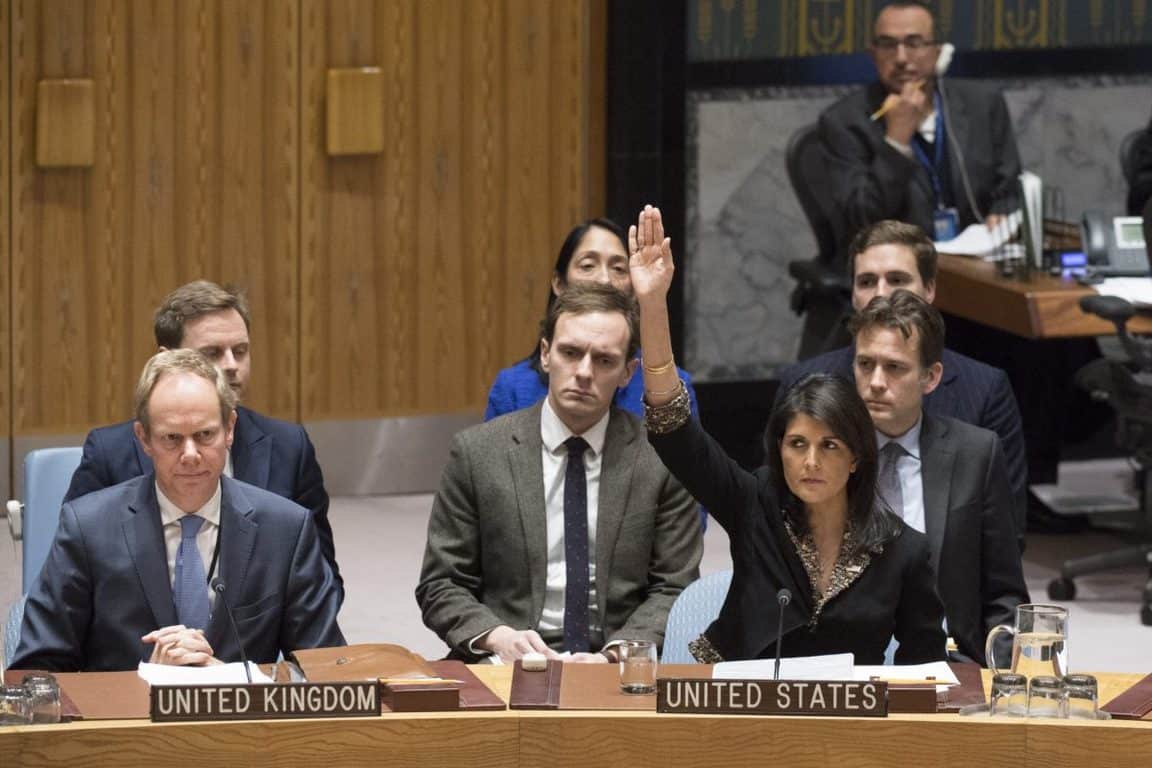