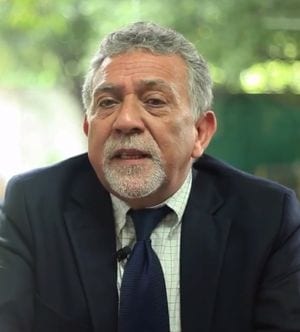 GENEVA, June 21, 2016 – Today, with the New York Times reporting on “Venezuelans ransacking stores as hunger grips the nation,” a former UN representative of the country—who famously refused to serve Hugo Chavez and quit in 2004—will take the floor of the UN Human Rights Council to challenge the Maduro regime on behalf of starving families in Venezuela who are suffering an “unprecedented political, economic and social crisis.”

Ambassador Victor Rodriguez Cedeno will take the floor on behalf of UN Watch, a Geneva-based non-governmental human rights group that has been a leading voice at the United Nations for Venezuelan political prisoners.

Ambassador Cedeno is a career diplomat and international law expert who represented Venezuela at the United Nations Commission on Human Rights and in other senior international diplomatic and juridical posts. See bio below.

Venezuela’s Maduro regime was recently re-elected to the council despite strong opposition from UN Watch and other human rights groups. 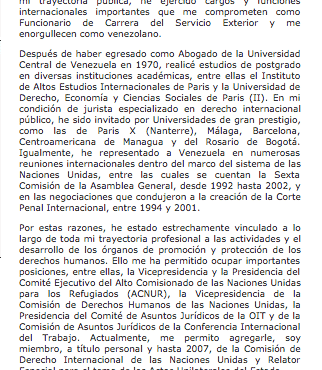 Representative of Venezuela to the United Nations Commission on Human Rights, serving as Vice-President of that body.

Chairman of the Executive Committee of UN High Commissioner for Refugees

Venezuelan Representative before the 6th Committee (Legal Affairs) of the UN General Assembly from 1970 to 2000.

Head Ambassador of Delegation of Venezuela during the process of adoption of the Rome Statute to create the International Criminal Court (1994-1998).

Visiting professor at Dakar University, University of Managua, the Rosary of Bogota, Malaga and Barcelona in Spain, Panama, Cassino in Italy, University of Valencia, Spain; lecturer in courses at International Law Commission from 1999 to 2007.

Today, co-chairman and professor of the United Nations Department of Public Information at the Center for Dispute Resolution of the American College of Managua.