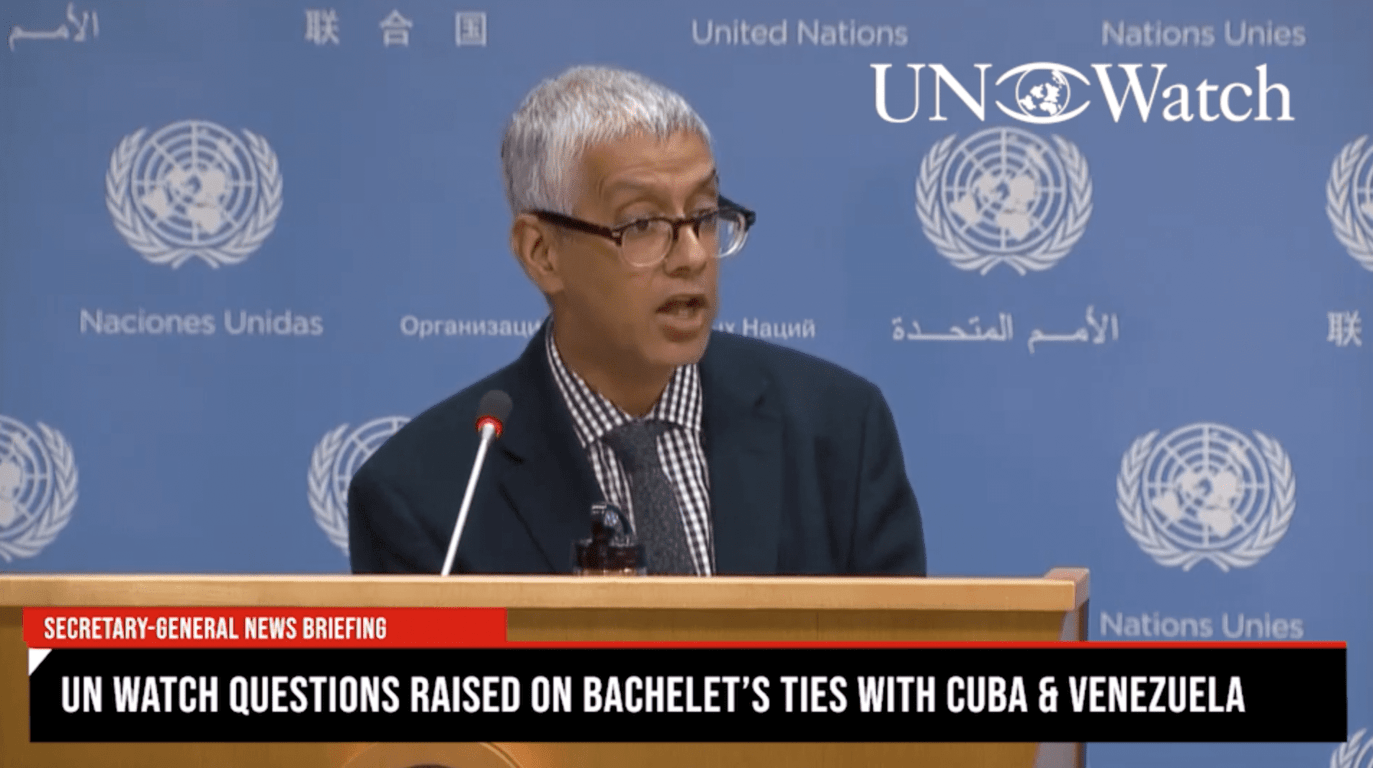 As noted by CNN reporter Daniel Matamala, UN Watch was the first in the world to raise the problematic ties of new UN rights chief Michelle Bachelet with Latin America’s human rights abusing dictatorships, including Cuba, Venezuela and Nicaragua.
UN Watch’s tweets on the subject — in English and Spanish — went viral, and were widely shared among influencers concerned with human rights in those abuser states.

GENEVA, August 8, 2018 — In reaction to the news of @MBachelet's nomination as the next @UNHumanRights chief, UN Watch said it had “serious concerns” over her spotty record on supporting human rights in #Cuba, #Nicaragua, and #Venezuelahttps://t.co/g8QU4UgTi2

No joke: @UN says @MBachelet's close ties to Maduro & Castro dictatorships is a #good thing—because, as UN rights chief, "the important point is to reach out to all leaders and be able to have a dialogue with them…" All in reaction to UN Watch's release: https://t.co/NRQtd0lG0Q pic.twitter.com/ATwjlfa4hV

• UN SPOX ON DEFENSIVE: Amid the backlash, UN spokesman Farhan Haq was put on the defensive (video) over Bachelet’s appointment. Asked at his daily press briefing about UN Watch’s concerns over Bachelet’s ties to the Castro and Maduro regimes, Haq stumbled to find a response. Then he settled on portraying her proximity to the human rights abusers as a good thing — because, in her new post as UN rights chief, “the important point is to reach out to all leaders and be able to have a dialogue with them…”