On July 8, 2019, China’s delegation to the UN’s highest human rights body twice interrupted the testimony of Denise Ho, claiming that she was “defaming” China for speaking against China’s interference in Hong Kong. Her speech calling for the removal of China from the UN Human Rights Council has been reported across the globe.

Associated Press: “The Cantopop singer used her star power to stand up to China’s economic and political power at the U.N.’s top human rights body Monday. UN Watch, the advocacy group that hosted Ho, faulted Western countries for not speaking out in her defense…”

Reuters: “China is tightening its grip on Hong Kong and the territory’s autonomy and democratic freedoms are slipping away, a prominent Hong Kong activist told the U.N. Human Rights Council on Monday in a plea for international action…”

CNN: “Chinese diplomats repeatedly interrupted a Hong Kong pop star and activist as she accused Beijing of “preventing our democracy at all costs” in a speech to the United Nations on Monday…”

South China Morning Post: “Canto-pop singer and pro-democracy activist Denise Ho Wan-sze called on the UN Human Rights Council to remove China from the body and convene an urgent session to protect Hongkongers, sparking two interruptions by a delegate from Beijing as she gave a short speech on Monday. Ho was invited by NGOs UN Watch and the Human Rights Foundation to speak at a meeting of the 41st session of the council in Geneva…”

The New York Times: “On Monday, Denise Ho, a pop star and prominent democracy activist in Hong Kong who has supported the protests, urged the United Nations’ Human Rights Council to expel China from the body…”

The Washington Post: “Just like her fellow Hong Kong protesters, pop star Denise Ho is standing up to China. Just like them, she seems to have gotten under Beijing’s skin — this time at an international human rights venue…”

The Sydney Morning Herald: “Ho’s comments were some of the sharpest and most varied criticism of China that the council has heard since the United States pulled out last year…”

The Guardian: “Ho was repeatedly interrupted by a Chinese diplomat while she spoke at the UN on Monday. On Tuesday a foreign ministry spokesman told a press briefing Ho was ‘delusional’ and had ‘overestimated herself…’”

CBC’s ‘All Things Considered’ Radio Show: “For weeks, Denise Ho has been among the thousands of people in the streets of Hong Kong protesting a bill that would allow suspects to be extradited to mainland China. For the last few days, Ho has been in Geneva, Switzerland, taking her fight to the United Nations Human Rights Council…”

Tribune of Geneva: “In the course of the session of the Human Rights Council, China has resorted to a rare procedure to halt the speech of Hong Kong protest singer Denise Ho…” 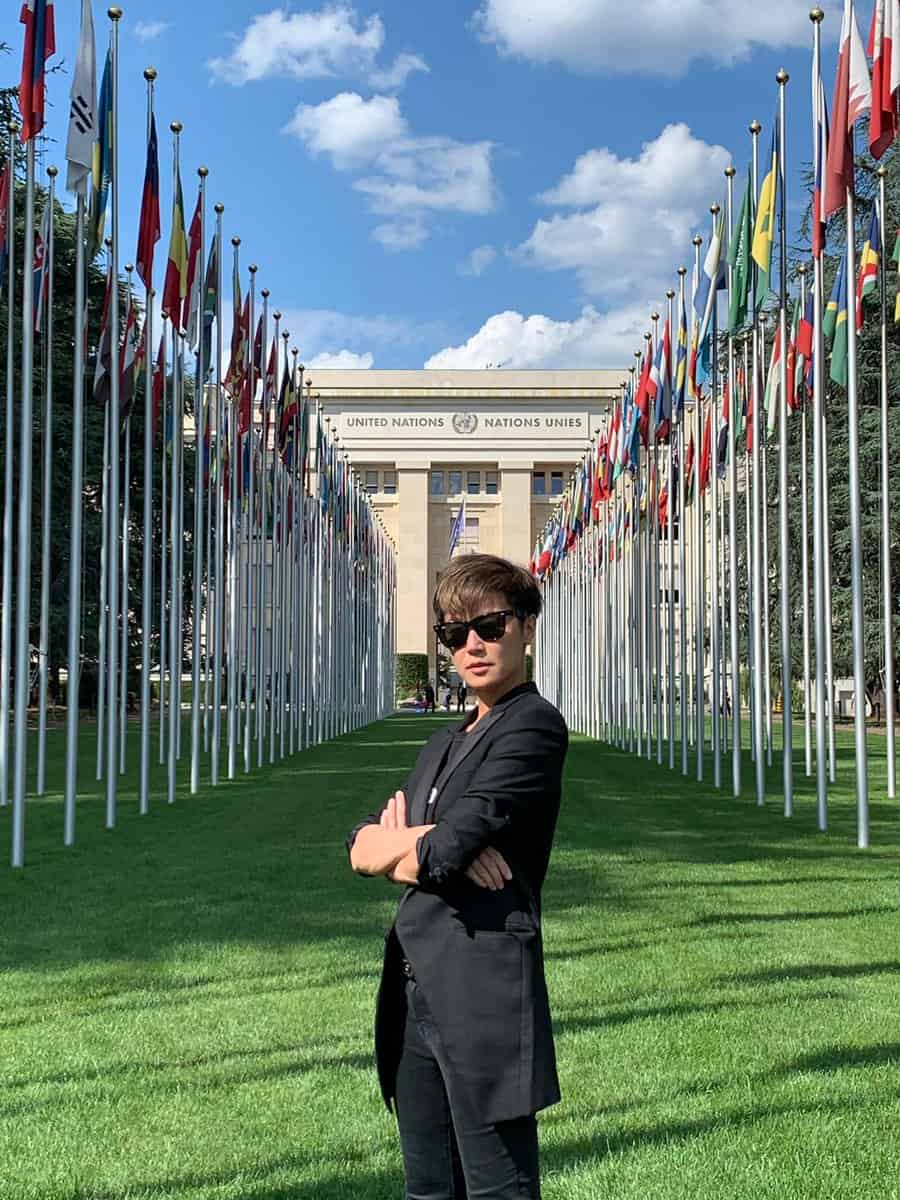