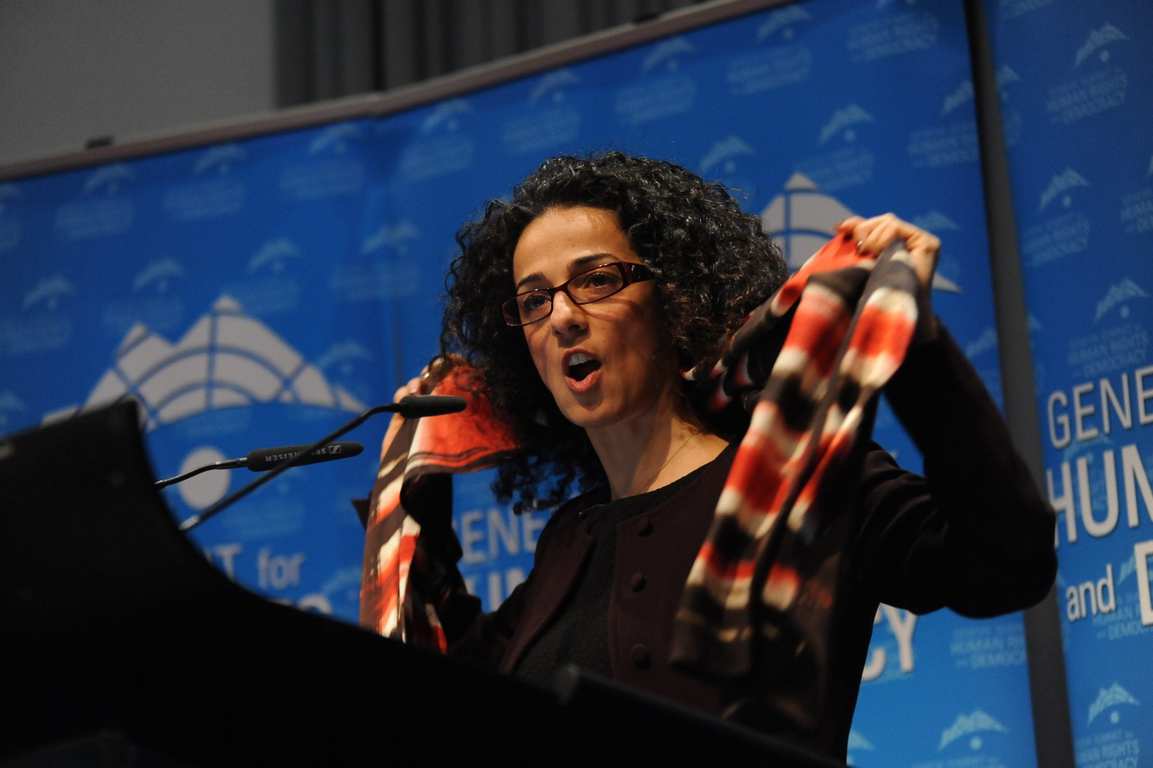 Exiled Iranian journalist and activist Masih Alinejad, who has a mass following in Iran, is appealing to the world for help in wake of the bloody Iranian crackdown on protesters.

“What do we, the people of Iran, need? We want you in the free world to make Iran and the Islamic Republic officials accountable for these killings. We want social media to ban the Supreme Leader of Iran until the people have the same freedom to access the internet. This is all we need. The people of Iran are fed up with Iran, but they do not have any voice.”

Passionate appeal from journalist Masih Alinejad: "More than 100 killed in Iran & 1,000 arrested. Internet is shut down. We have no voice. We want you in the free world, in the UN, EU, US, to make Iran accountable for these killings. Ban the Ayatollah from twitter if he bans us." https://t.co/fHgp4hQzKn