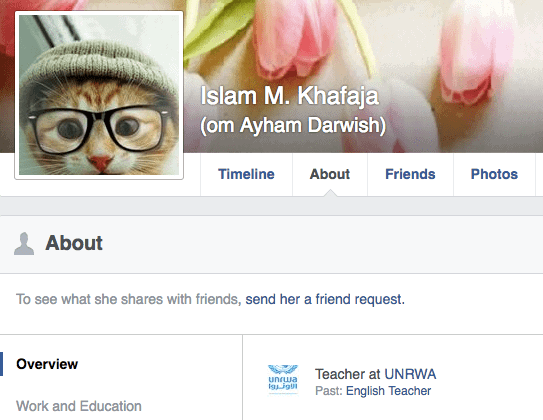 Islam Khafaja, identifying herself as a teacher at UNRWA on Facebook, published the photo below to celebrate Hamas’ capture of the body of Israeli soldier Oren Shaul, who was one of seven Israeli soldiers killed by an anti-tank missile one day earlier. 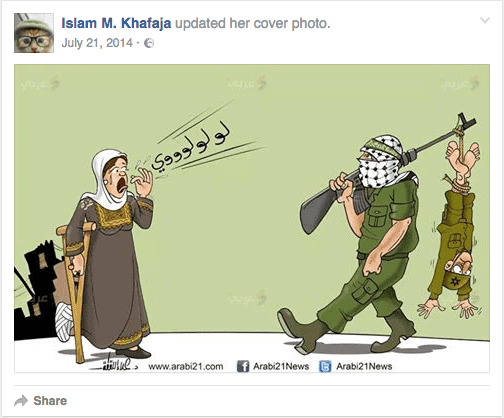