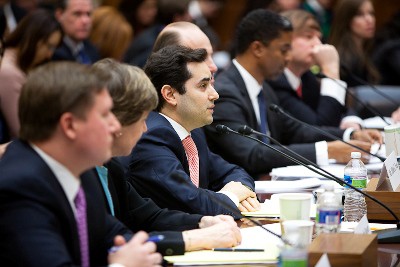 Above: Hillel Neuer testifying before the U.S. Congress on January 25, 2011.

GENEVA, May 16, 2016 — UN Watch executive director Hillel Neuer is scheduled to testify tomorrow before the human rights committee of the U.S. Congress.

The members of the Tom Lantos Human Rights Commission will be evaluating the performance of the UN Human Rights Council, and the role of U.S. engagement, ahead of the 10th anniversary of the Council’s declared reform.

The hearing will be webcast live here starting at 2:00 pm EST, and is open to the public. Mr. Neuer will appear on the second panel of witnesses, as listed below, expected to begin at approximately 3:00 pm. Video of the proceedings will be made available on YouTube.