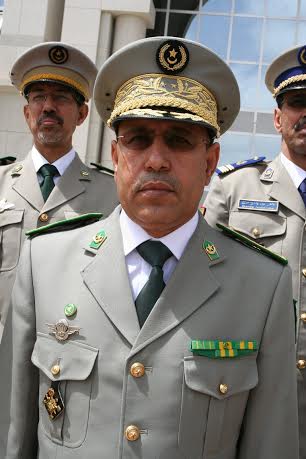 Mauritania’s bid for a seat on the UN’s top human rights body should be rejected, as it fails to meet the basic membership criteria. The election of 14 new countries to the Human Rights Council will be held at the UN in New York tomorrow, October 17, 2019. See our full report on all candidates, and press release.

Regrettably, because the African group only has four candidates running for the same amount of available seats, many ambassadors from the 193 UN member states who will vote on Thursday wrongly assume that they are obliged to endorse Mauritania.

“Electing slave-holding Mauritania as a UN judge on human rights is like making an arsonist into the town fire chief,” warned Hillel Neuer, executive director of UN Watch, who has led a social media campaign opposing Mauritania.

Mauritania is headed by Mohamed Ould Ghazouani who was elected in June 2019 amidst cries of election irregularities.[1] He follows former President Mohamed Ould Abdel Aziz who came to power in 2008 through a military coup and was re-elected in 2014 in elections boycotted by the main opposition party due to allegations the electoral process was flawed.[2] Government corruption is widespread at the highest levels.[3]

Following the election results, the government responded harshly to an outbreak of protests, including by shutting down the internet. An opposition leader and two pro-opposition journalists were detained for a week without charge and dozens of opposition activists were also arrested.[4]

Opposition leaders are frequently subjected to arbitrary arrests. In August 2017, Senator Mohamed Ould Ghadda who opposed a measure by then-President Abdel Aziz to dissolve the senate was arrested on bribery charges and held in custody for one year without trial.[5]

Torture in Mauritania’s prisons is common, especially as a method of interrogation to extract confessions.[6] In its recent concluding observations, the Committee Against Torture expressed concern that “torture remains widespread” in Mauritania.[7] In July 2018, Mohamed Ould Brahim died in custody only five hours after being arrested.[8] Other due process violations are also routine, such as prolonged pretrial detention and failure to provide detainees with prompt access to a lawyer.[9]

Mauritania is an Islamic republic which applies Sharia law. Conversion from Islam to another religion results in loss of citizenship; and apostasy is punishable by death. Furthermore, in April 2018, parliament passed a new law strengthening the death penalty for certain blasphemy offenses.[10] The law was strongly criticized by UN human rights experts who expressed outrage that “Mauritanian authorities have decided to enshrine the death penalty for those who express their rights to freedom of expression, religion and belief.”[11]

Journalists who cover sensitive topics such as the military, corruption and slavery are likely to be harassed and engage in self-censorship. For example, in March 2018 a French-Moroccan journalist who was investigating slavery was detained for three days and then expelled. Independent blogger Mohamed Cheikh Ould Mohamed M’Kheitir spent a total of five years in prison for a blog post critical of the Prophet Muhammad, including two years after he had completed his sentence.[12] He was originally sentenced to death for apostasy, but his sentence was commuted to two years in prison on appeal.[13] In March 2019, two bloggers were arrested on slander charges for their reporting on corruption.[14]

Similarly, NGOs, particularly anti-slavery groups are subjected to intimidation and violence, and have difficulty obtaining legal status from the government.[15] The government uses a range of harsh and overbroad criminal laws to prosecute and jail human rights defenders.[16] From August 7 to December 31, 2018, authorities detained Biram Dah Abeid, the president of the anti-slavery group Initiative for the Resurgence of the Abolitionist Movement just before he was elected to parliament.[17] Another activist, Abdallah Yali who fights discrimination against the Haratine ethnic group, has been in jail since January 2017 on various criminal charges.[18] On July 22, 2018, the Mauritanian government blocked five activists from traveling to Geneva to participate in the UN Committee Against Torture’s periodic review of Mauritania.

Although the practice of slavery has been criminalized since 2007, it is estimated that there are some 500,000 slaves in Mauritania today. Afro-Mauritanians and members of the Haratine ethnic group suffer widespread discrimination.[20]

According to UNICEF, 37% of girls in Mauritania are married before age 18.[21] The practice of FGM is also common. In addition, women face difficulties reporting rape and sexual assault, as the law favors men and the women themselves would risk prosecution for sexual relations outside of marriage.[22]