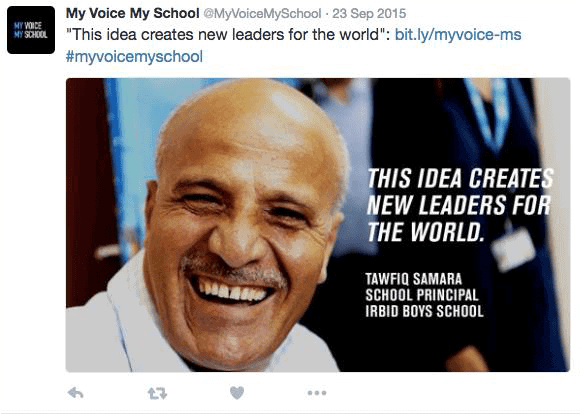 Tawfiq Samara is identified as the principal of Irbid Boys School in Jordan by the twitter account @MyVoiceMySchool. “My Voice My School” is an UNRWA campaign which organizes Skype calls between classrooms at UNRWA schools in Syria and classrooms in the UK. Samara is also the only authority featured in a promo video for the program. 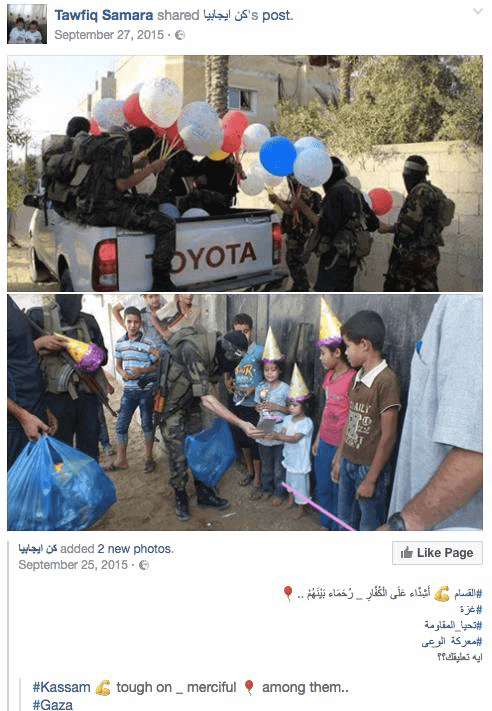 As well as connecting UNRWA pupils to classrooms in the UK, Samara is also advocating hate online. The image below, shared by Samara on his facebook account shows his support for terrorist organization Hamas.

It reads:
“Hamas. Severe against disbelievers
Merciful against their own kind
#Gaza
#LongLive_TheResistance
#Battle Awareness

UNRWA are paying a celebrator of terrorism not only to run a school but also to connect his pupils with American, British, Dutch, Swedish and German classrooms through the My Voice My School program.

Since the release of our explosive report, UNRWA have removed this video, a screenshot of which can be found below, as Image 1. There’s no evidence Samara has been removed from his position. Although Samara does not list his place of work on his profile, we are able to confirm that the profile belongs to him through photo of himself that he posted, seen here as Image 2