In this week’s top tweets: Chess champion Anna Muzychuk stands up to Saudi misogyny (8,000+ retweets); Lorde’s boycott hypocrisy; the U.N.’s silence on atrocities in Yemen; top 10 most evil U.N. actions of 2017; and CNN’s Jake Tapper cites UN Watch on the dictators who lecture America from the U.N. podium.

Anna Muzychuk, #Hero. "In a few days I am going to lose two World Champion titles—one by one. Just because I decided not to go to Saudi Arabia. Not to play by someone's rules, not to wear abaya, not to be accompanied getting outside—not to feel myself a secondary creature." pic.twitter.com/qOB6U3QVqR

.@Lorde If you canceled your concert in 🇮🇱 Israel, an imperfect liberal democracy, but not in 🇷🇺 Russia, a perfect dictatorship that poisons its own dissidents, persecutes gays, and helped kill 500,000 Syrians, you're not being pro-human rights—you're just being anti-Israeli. pic.twitter.com/sl9fL9x9dH

History remembers those who defend freedom and truth at the United Nations. pic.twitter.com/BlfrRXNF5J

Citing @UNWatch data on @UN's peculiar fixation with #Israel in 86% of its resolutions, CNN's @JakeTapper @TheLeadCNN calls out the rank hypocrisy of murderous tyrannies like #Venezuela, #Syria & #Yemen taking the floor today at U.N. General Assembly to condemn the United States. pic.twitter.com/WwqfEQqG7L

Yemen: “This is a serious threat to stability, peace, and security in the region and the world.”

No, they are not referencing the war, cholera, and famine spreading through their own country. Instead, #Jerusalem. pic.twitter.com/GPJCgyMItM

Dear @NikkiHaley,
You did an incredible job this week. I leave you with the late Abba Eban's timeless observation: “If Algeria introduced a resolution declaring that the earth was flat and that Israel had flattened it, it would pass by a vote of 164 to 13 with 26 abstentions.” pic.twitter.com/S4w11rhChj 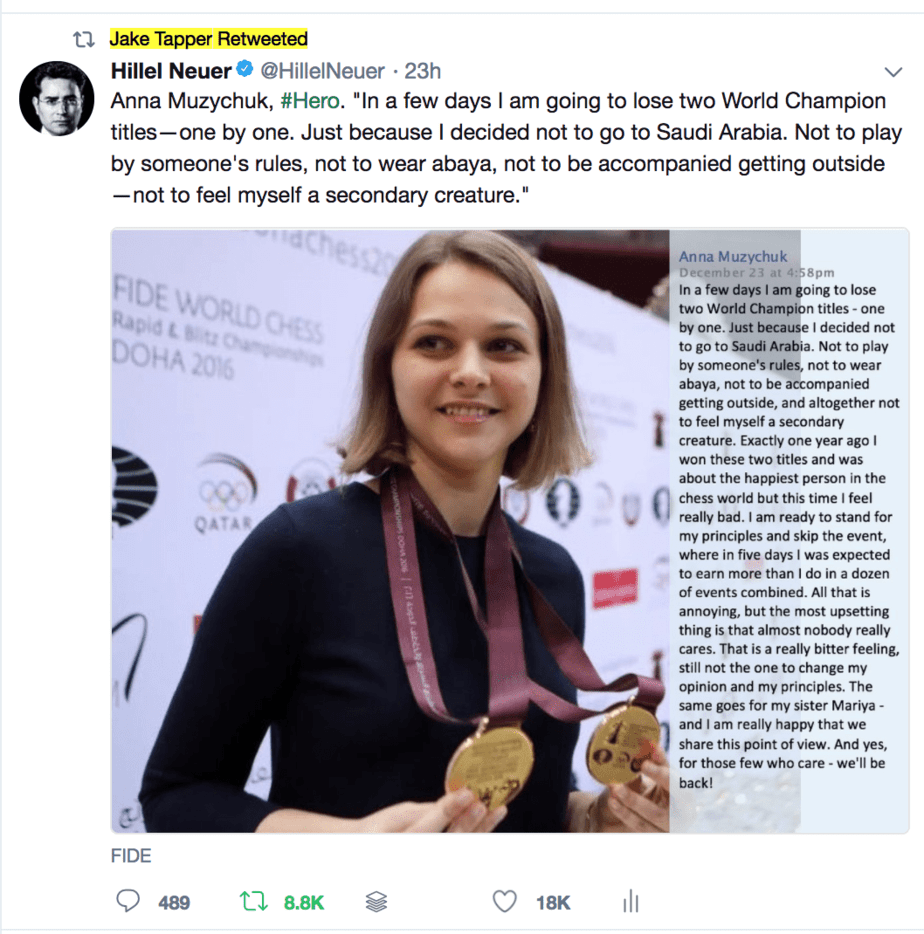