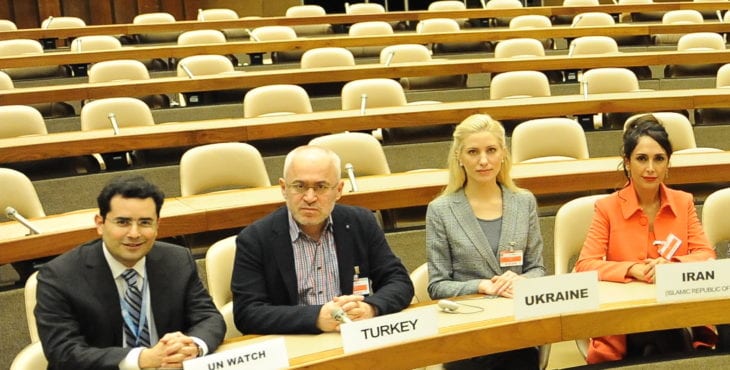 Above: Orhan Kemal Cengiz, second from left, at the UN for the opening session of the
8th Geneva Summit for Human Rights, Feb. 22, 2016. In this photo, UN Watch
imagined what the world would be like if human rights heroes represented their countries.

“We call on the UN Human Rights Council to exercise its duty and immediately convene an urgent session into the alarming deterioration of the rule of law in Turkey, and to create a commission of inquiry to investigate both the attempted coup and the legality of the government’s purge of tens of thousands of Turkish citizens from their jobs,” said Hillel Neuer, executive director of UN Watch.

Cengiz and his wife Sibel Hurtas, also a journalist, were detained Thursday at Istanbul airport while en route to attend a conference in London. Hurtas was released the same day, but Cengiz was detained until yesterday.

Mr. Cengiz had visited the UN Human Rights Council in February, and testified about abuses in Turkey, hosted by the Geneva Summit for Human Rights, a coalition of 25 human rights groups led by UN Watch.

UN Watch campaigned over the past four days for Mr. Cengiz’s release. “By arresting a prominent journalist, lawyer and human rights defender, the Turkish government has seriously compromised its claim to be defending democracy and the rule of law,” said Hillel Neuer, executive director of UN Watch.

“We urge Ban Ki-moon and High Commissioner Zeid to condemn the illegal ban on Mr. Cengiz’s travel, which among other things would prevent him from visiting the United Nations to provide the world body with vital new information and analysis on the desperate situation of human rights in Turkey.” 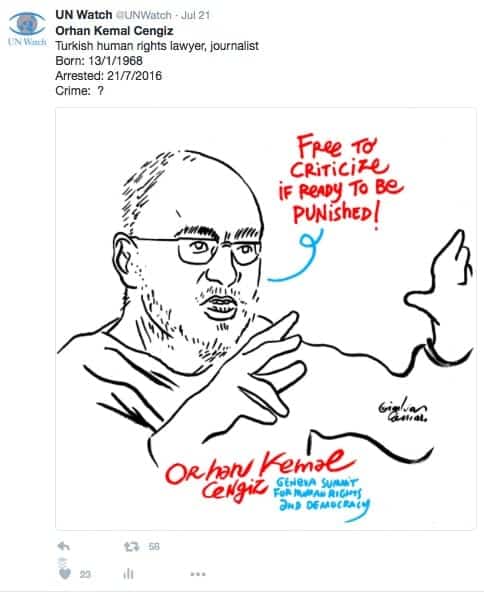 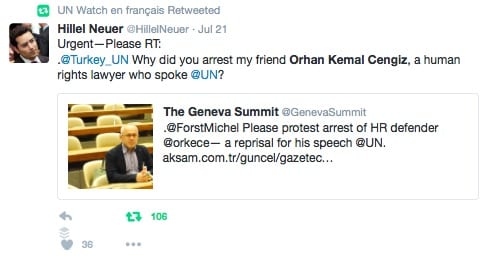 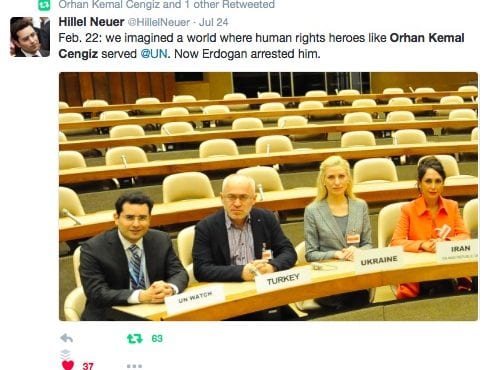 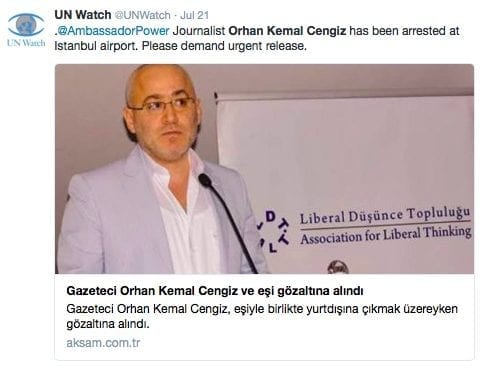 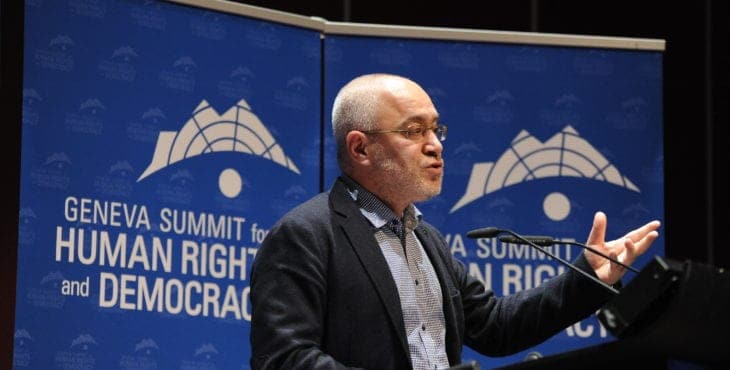