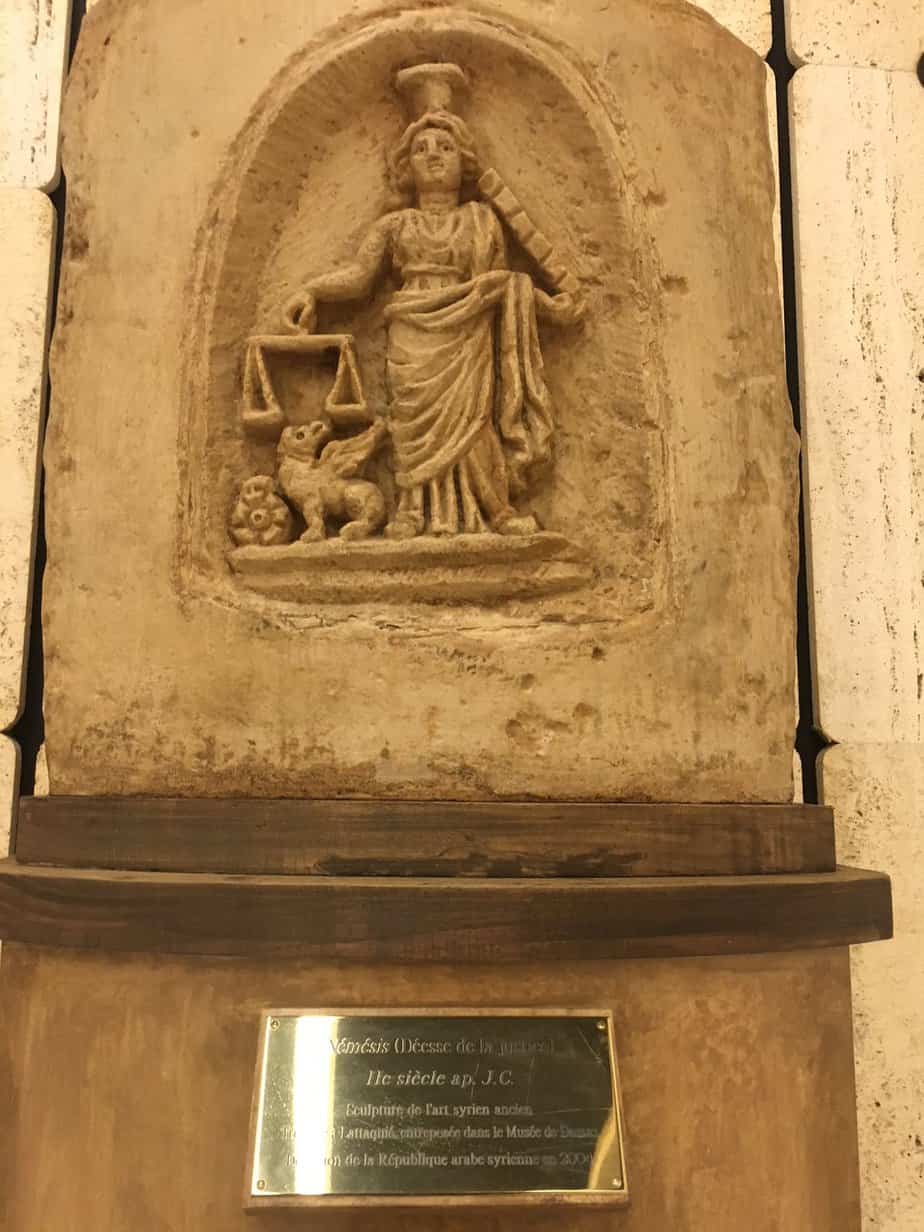 GENEVA, Sept. 19, 2016 — Former Syrian political prisoner Mohamad Kamal Allabwani took the floor at the U.N. Human Rights Council to ask it to remove its “Goddess of Justice” statue donated by the Syrian regime. He was invited by Geneva-based human rights organization UN Watch.

In his speech, Dr. Allabwani also referred to a statue of the “Goddess of Justice,” that is located outside of the U.N. Human Rights Council chamber and was donated by the Assad regime. He called this statue an “insult” to the 300,000 thousands Syrians who have been murdered so far and asked the UN to remove it.

Allabwani’s truthful and sincere words drew the ire of Assad’s UN delegates who interrupted him three times. Russia and Venezuela came to the support of the Assad regime, while the United States and Canada supported his right to speak. He was the only speaker to be interrupted during today’s session. The HRC President allowed Allabwani to conclude his remarks.

Dr. Allabwani is a medical doctor who had been imprisoned for three years by the Assad regime for his pro-democracy advocacy. He now lives in exile in Sweden.

Item 4,  Dialogue with Commission on Inquiry on Syria
September 19, 2016

My name is Mohamad Kamal Allabwani and I am a Syrian human rights activist. I have been a political prisoner in Assad’s prisons under false charges of “inciting armed revolt” and was held in incommunicado detention and in solitary confinement. In March 2009, this Council’s Working Group on Arbitrary Detention released its opinion that my imprisonment constituted arbitrary detention, and for that I am deeply grateful.

Regrettably, the violation of human rights in Syria has continued in a massive scale, huge massacres, war crimes, and crimes against the humanity. These include: siege, starving, bombings, arrests, enforced disappearances, torture to death, destruction of whole cities, forced displacement and demographic change.

In addition, accessories to the regime are its allies, Hezbollah and the Iranian Republican Guards and also some responsible states which have seats here, or have permanent seats in the Security Council. Using their influence and veto power, they have offered impunity for the criminal regime and its gangs, including in the recent instances of the use of chemical weapons.

Regrettably, the UN also participates in the demographic changes and keeps silent about the starving cities, although it has clear mandate to open humanitarian corridors.

My people are becoming highly doubtful of international law and international justice. Frustrated about the double standards, they believe only in revenge. This is entrenching us even more in a very savage and barbarian conflict, the first victim of which is the humanity that this Council has a mandate to protect.

Mr. President I could not help but notice that there is a statue outside this Chamber of the goddess of justice, donated by the Assad regime.

Is this not an insult for the 300,000 Syrians who have been murdered during this conflict?

Is this not a standing insult to the millions who suffer daily?

And when will the world take meaningful action to end this conflict?