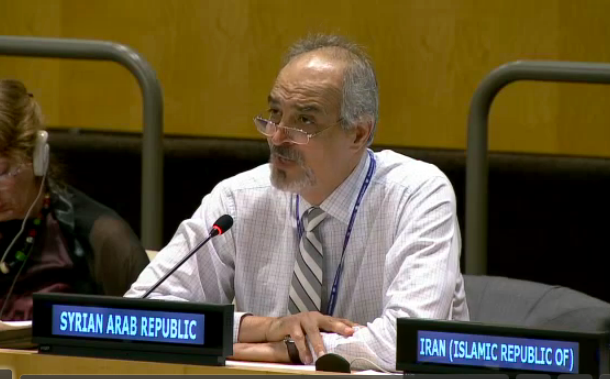 GENEVA, July 22 – The UN’s 54-nation Economic and Social Council singled out Israel as the only violator of economic and social rights in the world, by a resolution adopted on Monday by a majority of 42 states including all EU members.

Only Australia and the U.S. opposed, with abstentions by Honduras and Panama. Eight countries were absent. 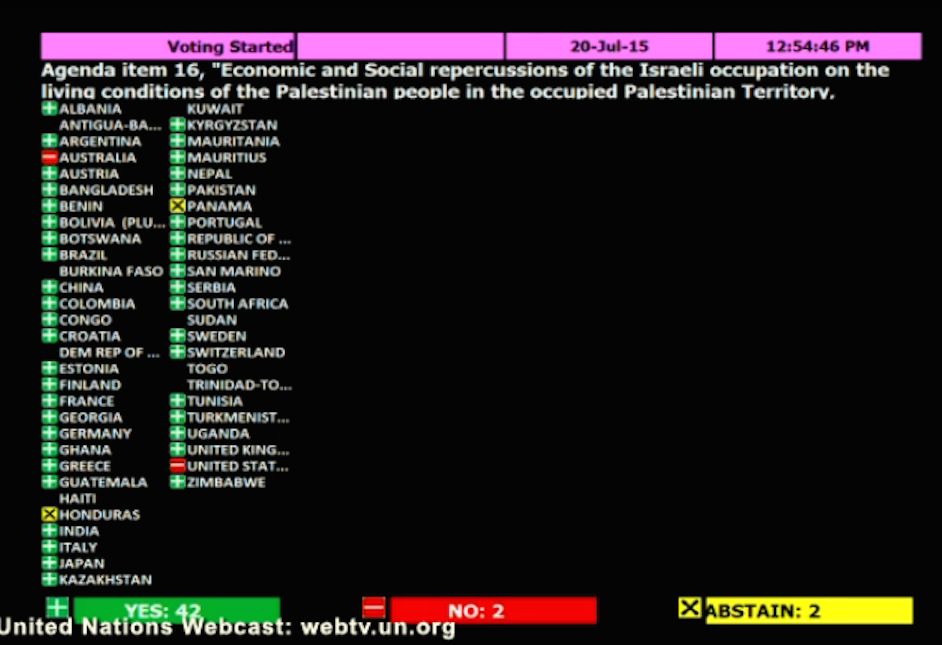 Syria was mentioned 13 times — but only to condemn Israel for alleged violations against “the Syrian citizens of the occupied Syrian Golan” whose family members reside in “their mother homeland, the Syrian Arab Republic.” The murderous regime of Bashar al-Assad is not condemned or even mentioned once.

No other country is singled out for condemnation at this year’s ECOSOC’s annual session.

After the introduction of the resolution by South Africa, the Syrian Ambassador took the floor and accused Israel of facilitating terrorist attacks against Syrian cities and civilians. Assad’s envoy condemned the Jewish state for “destroying the soil of the Golan, exploiting its resources, burning its products and other racist policies.”