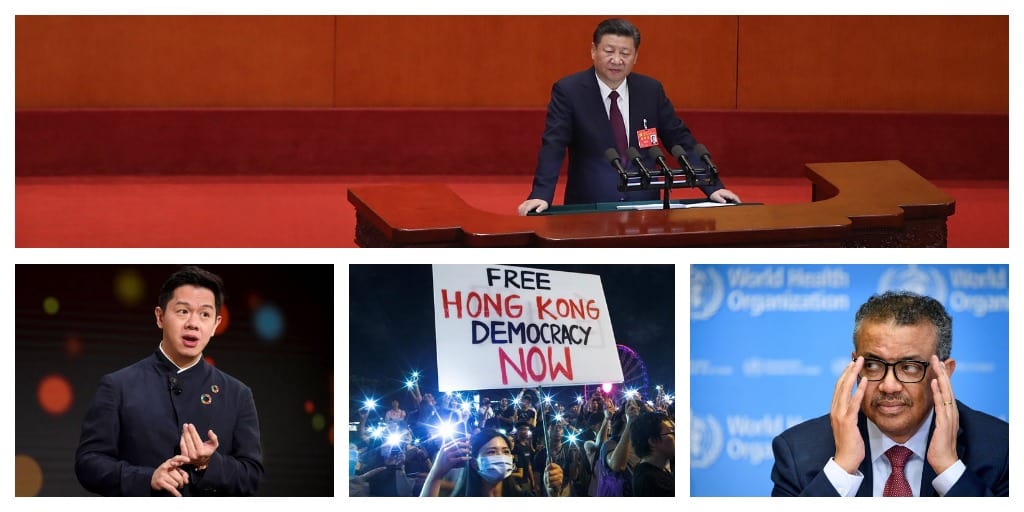 Trending UN Watch tweets from May 2020: UN Watch exposes China’s culture of corruption in the World Health Organization and calls for the removal of its “Goodwill Ambassador” James Chau, a paid propagandist for China TV; Beijing makes Coronavirus whistleblowers disappear; and the U.N. plans to elect Turkey’s representative as president of the General Assembly.

UN Watch tweets revealing China’s outsized influence over the WHO were liked and shared by thousands worldwide, including journalists such as Aris Roussinos of Vice News, editor Timo Lokoschat at Germany’s BILD, and Canada’s Tarek Fatah; and human rights activists Maajid Nawaz and Ahmad Batebi.

China threatened the WHO it would end cooperation on investigating the Coronavirus outbreak if the agency declared a global health emergency in January—as Beijing bought up PPE worldwide. Germany: President Xi Jinping personally pressured the WHO chief. https://t.co/Tquta8Gm6j

In a Newsweek op-ed, UN Watch Executive Director Hillel Neuer revealed that James Chau, a Chinese TV propagandist, has been abusing his role as a WHO Goodwill Ambassador to whitewash China’s bungled response to the Coronavirus

UN Watch then led a Joint Appeal of 100 NGOs calling on the U.N. to remove Chau from his post. The story has been covered by the Financial Times, the New York Post, EFE, Der Spiegel and others.

Today in a leading international news magazine we will unmask the depth of China's influence over the World Health Organization.

It's far worse than you imagined.

🇨🇳 China's hold over the WHO is far worse than anyone realized.@nypost cites our report: "Among the World Health Organization’s 'Goodwill Ambassadors' are Chinese President Xi Jinping’s wife and a reporter with ties to Chinese state-run media outlet."

I'm not making this up:

Thousands were also by Neuer’s impassioned testimony before the U.N. Human Rights Council calling out China’s repression of 1 million Uighur Muslims currently detained in “re-education” camps, as well as his appearance on Sky News where Neuer lambasted China as one of the world’s most “gross and systematic abusers of human rights.”

1 million Uighur Muslims greet #EidAlFitr locked up in "re-education" camps in China, as #COVID19 continues to spread in prisons.

When I spoke out at the United Nations for these victims, the Chinese representatives started banging on the table and tried to stop me. They failed. pic.twitter.com/yoMXJU3zfj

UN Watch's @HillelNeuer on @SkyNewsAust: Given China is one of the world’s most “gross and systematic abusers of human rights,” it is now essentially gaining a “free pass” after joining the U.N. Human Rights Council panel. “There will be zero resolutions on China,” said Neuer. https://t.co/N81BSyOtLx pic.twitter.com/j2EpiUTzuJ

A UN Watch tweet revealing that the United Nations is planning to elect Turkey’s representative as the next President of its General Assembly was shared by rights activists and thought leaders including, Cuban dissident and graffiti artist Danilo Maldonado, Venezuelan diplomat and former President of the U.N. Security Council Diego Arria; Canadian Senator Leo Housakos; Turkish fashion designer and activist Barbaros Sansal; Spanish politician and former EU Member of Parliament Beatriz Becerra; President of the Foundation for the Defense of Democracies Clifford May; and TechCrunch editor Eric Rosser Eldon.

🇺🇳 The U.N. is planning to elect Turkey's representative as next President of its General Assembly. pic.twitter.com/8hQD3T4HLH