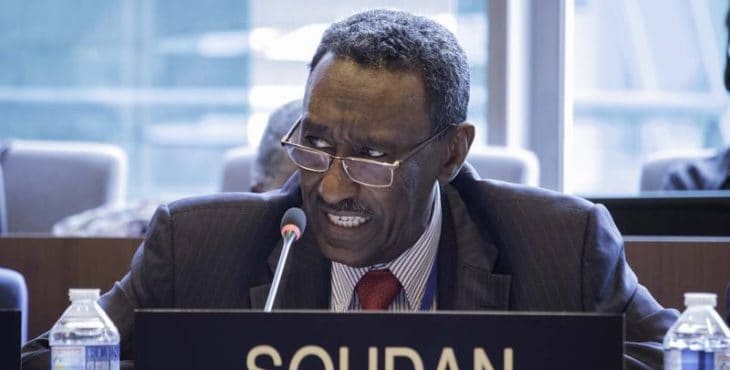 Sudan’s delegate to the 200th UNESCO Executive Board session in Paris this week.
Sudan co-sponsored the text and was one of only 24 out of 58 member states who supported it. 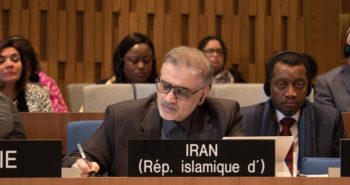 8-member Executive Board adopted an inflammatory and one-sided Palestinian-drafted resolution, submitted by the Islamic states, which erases Jewish and Christian ties to Jerusalem and casts doubt on the connection between Judaism and the ancient city’s Temple Mount and Western Wall. The vote was 24 in favor (including Iran and Sudan), 6 against (including USA, UK, Germany, Netherlands), 26 abstaining, and 2 absent.
At the same time, UN Watch said the inflammatory text’s failure to obtain a majority was a moral victory. The amount of countries abstaining increased by seven from the 17 who supported a similar text in April, with France, India, Argentina, Spain, Sweden, Sri Lanka, Guinea and Togo shifting their votes from yes to abstain.
The resolution was drafted by the Palestinians but officially submitted by Sudan’s genocidal regime together with human rights abusers Algeria, Egypt, Leb 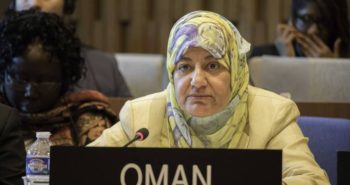 anon, Morocco, Oman, and Qatar.
Notable features of the text: 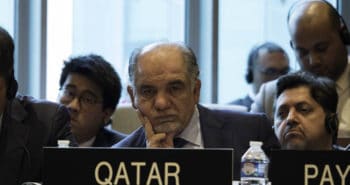