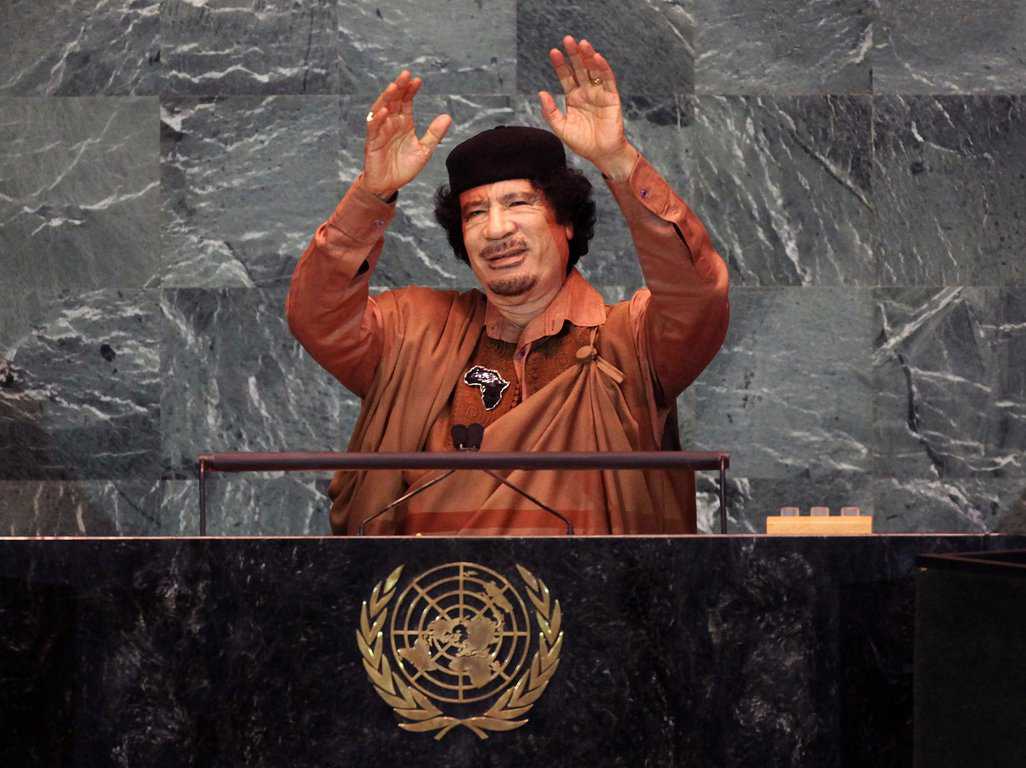 We, the undersigned non-governmental, human rights, and humanitarian organizations, urge you to mobilize the United Nations and the international community and take immediate action to halt the mass atrocities now being perpetrated by the Libyan government against its own people. The inexcusable silence cannot continue.

As you know, in the past several days, Colonel Moammar Gadhafi’s forces are estimated to have deliberately killed hundreds of peaceful protesters and innocent bystanders across the country. In the city of Benghazi alone, one doctor reported seeing at least 200 dead bodies. Witnesses report that a mixture of special commandos, foreign mercenaries and regime loyalists have attacked demonstrators with knives, assault rifles and heavy-caliber weapons.

Snipers are shooting peaceful protesters. Artillery and helicopter gunships have been used against crowds of demonstrators. Thugs armed with hammers and swords attacked families in their homes. Hospital officials report numerous victims shot in the head and chest, and one struck on the head by an anti-aircraft missile. Tanks are reported to be on the streets and crushing innocent bystanders. Witnesses report that mercenaries are shooting indiscriminately from helicopters and from the top of roofs. Women and children were seen jumping off Giuliana Bridge in Benghazi to escape. Many of them were killed by the impact of hitting the water, while others were drowned. The Libyan regime is seeking to hide all of these crimes by shutting off contact with the outside world. Foreign journalists have been refused entry. Internet and phone lines have been cut or disrupted.

There is no question here about intent. The government media has published open threats, promising that demonstrators would meet a “violent and thunderous response.”

Accordingly, the government of Libya is committing gross and systematic violations of the right to life as guaranteed by the Universal Declaration of Human Rights and the International Covenant on Civil and Political Rights. Citizens seeking to exercise their rights to freedom of expression and freedom of assembly are being massacred by the government.

Moreover, the government of Libya is committing crimes against humanity, as defined by the Explanatory Memorandum to the Rome Statute of the International Criminal Court. The Libyan government’s mass killing of innocent civilians amount to particularly odious offences which constitute a serious attack on human dignity. As confirmed by numerous oral and video testimonies gathered by human rights organizations and news agencies, the Libyan government’s assault on its civilian population are not isolated or sporadic events. Rather, these actions constitute a widespread and systematic policy and practice of atrocities, intentionally committed, including murder, political persecution and other inhumane acts which reach the threshold of crimes against humanity.

Under the 2005 World Summit Outcome Document, you have a clear and unambiguous responsibility to protect the people of Libya. The international community, through the United Nations, has the responsibility to use appropriate diplomatic, humanitarian and other peaceful means, in accordance with Chapters VI and VIII of the Charter, to help to protect the Libyan population. Because the Libyan national authorities are manifestly failing to protect their population from crimes against humanity, should peaceful means be inadequate, member states are obliged to take collective action, in a timely and decisive manner, through the Security Council, in accordance with the UN Charter, including Chapter VII.

In addition, we urge you to convene an emergency Special Session of the UN Human Rights Council, whose members have a duty, under UNGA Resolution 60/251, to address situations of gross and systematic violations of violations of human rights. The session should:

Member states and high officials of the United Nations have a responsibility to protect the people of Libya from what are preventable crimes. We urge you to use all available measures and levers to end atrocities throughout the country.

We urge you to send a clear message that, collectively, the international community, the Security Council and the Human Rights Council will not be bystanders to these mass atrocities. The credibility of the United Nations — and many innocent lives — are at stake.

PrevPreviousU.N. Criticized for Slow Response to Libya Unrest
NextEU calls for ‘dialogue’ in Libya amid US warningsNext