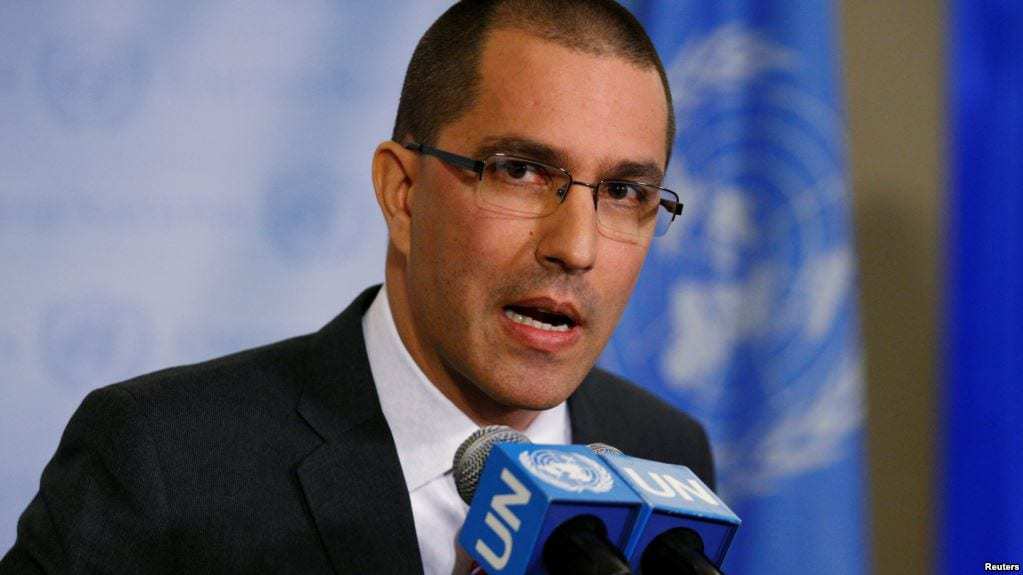 GENEVA, Sept. 11, 2018 — After Venezuela’s foreign minister today was allowed to make a special address before the UN Human Rights Council, where he told lies to deny his country’s human rights abuses, UN Watch took the floor to respond with testimony on Venezuela’s crimes, and by asking: “Why is the Maduro government a member of this Council? Why have you permitted Foreign Minister Arreaza to address this Council, when his own Government violates the rights of its people with impunity?”
UN Watch was represented by Rosa Salazar Benazar, a Venezuelan human rights advocate and Fellow with UN Watch.

Today when Venezuela FM @JaArreaza told lies to the UN Human Rights Council about his regime's gross abuses, UN Watch was the first to respond with the truth, asking, "Why is the Maduro government a member of this Council?" Report: https://t.co/R35vud5Tfh #hrc39 pic.twitter.com/QDkepJV4m0

See below: Venezuela FM’s speech, followed by UN Watch’s speech in English and Spanish.
Address by the Minister of Foreign Affairs of Venezuela (UN summary)
JORGE ARREAZA, Minister of Foreign Affairs of Venezuela, reminded that a country with a beautiful socialist dream had been subjected to economic sanctions by the United States 45 years ago.  He was referring to Chile – not Venezuela – where a fascist coup d’état organized by the Central Intelligence Agency had led to 17 years of dictatorship, suffering and torture.  Nowadays, the United States continued to impede the dreams of Latin Americans.  This generation grew up under the fear that they would run the same risk as Chile had 45 years ago.   Mr. Arreaza condemned the attack and siege of Venezuela, as well as the unilateral coercive measures against it.  Those measures made it difficult for Venezuela to procure fundamental food stuffs and medicine for its people.  Thousands of millions of dollars were needed to ensure that all Venezuelans were vaccinated.  Venezuelans had lost some 100 million dollars in banks in Switzerland.  In addition, recently, there had been an assassination attempt against President Nicolas Maduro and some military officials.  The plot had been planned in Miami in the United States.
The economic crisis had led to forced migration, which had in turn been used to tarnish the image of Venezuela.  The Government had in place a programme called “Return to the Homeland” to achieve the return of its citizens.  Mr. Arreaza rejected the reports of the outgoing High Commissioner for Human Rights Zeid Ra’ad Al Hussein, which had always been biased against Venezuela.  He expressed hope that the new High Commissioner would uphold her independence and mandate.  The Human Rights Council could count on the full cooperation of Venezuela and President Maduro.  The Council had to reject unilateral coercive measures against any country.  Venezuela had a complete and full social protection system.  Healthcare was free of charge for all despite the difficulty of having trained medical doctors.  Education was free of charge for everyone, and the Government had built thousands of housing units.  Unemployment was below 6 per cent, and despite the crisis food had been provided to some six million homes.  Lastly, President Maduro, in spite of the sanctions and pressures, had undertaken economic recovery efforts.  Venezuela would not allow a repeat of what had happened 45 years ago in Chile.