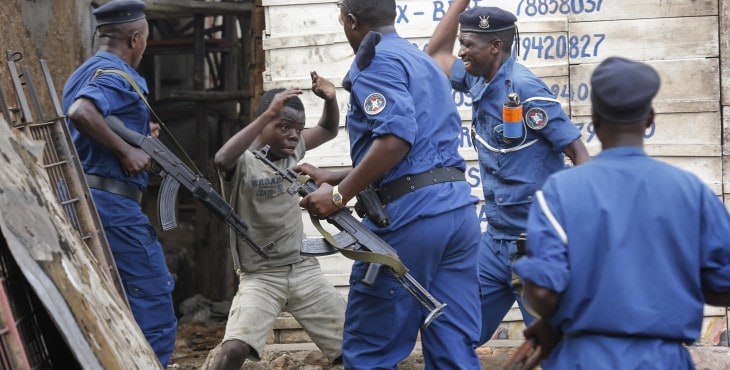 UN Watch is urging U.S. Ambassador Samantha Power to take action in the UN General Assembly to suspend Burundi before it is due to take its seat, on January 1, 2016, as a new member of the UN Human Rights Council, and to that end has circulated the Draft Resolution below.

Recalling the 1948 Convention on the Prevention and Punishment of the Crime of Genocide,

Recalling its resolution 60/251 of 15 March 2006, in particular OP8 which states that the General Assembly may suspend the rights of membership in the Human Rights Council of a member of the Council that commits gross and systematic violations of human rights,

Recognizing the importance of the prevention of genocide and human rights abuses in Burundi, especially in the context of past mass atrocities in the region,

Acknowledging that serious abuses and violations of human rights can be an early indication of a descent into conflict or escalation of conflict, as well as a consequence thereof,

Expressing grave concern with the human rights situation in Burundi,

1. Decides to suspend the rights of membership in the Human Rights Council of Burundi, which was elected on 28 October 2015, and was otherwise due to take its seat on 1 January 2016.

2. Decides to review the matter, as appropriate.