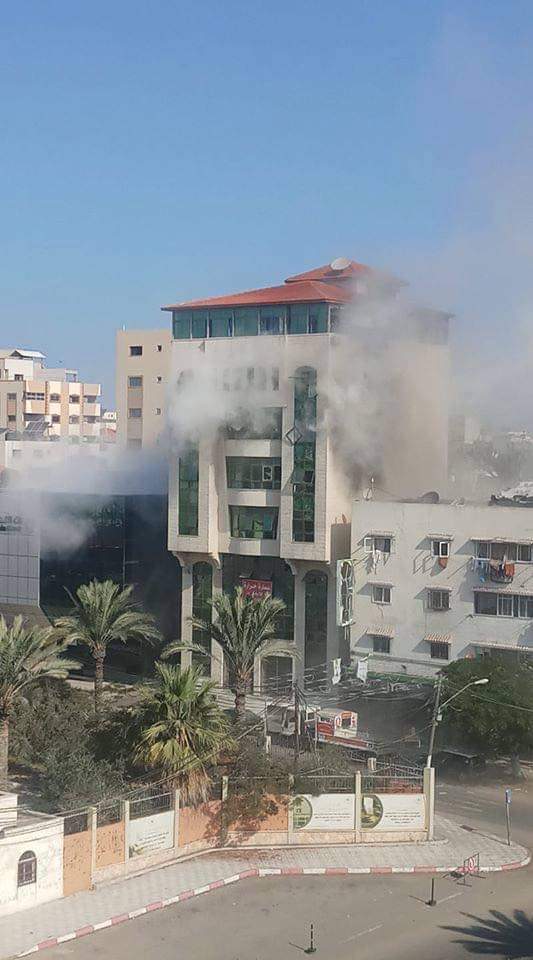 GENEVA, November 13, 2019 – Amnesty International accused Israel of attacking a Gaza human rights office with a missile yesterday, when the bombing was actually carried out by a Palestinian terrorist group, as confirmed today by Haaretz.

Yesterday afternoon, only hours after a missile exploded in the Gaza offices of the Palestinian Independent Commission for Human Rights, Amnesty International immediately blamed Israel for the attack.

“We strongly condemn [the] attack on the Palestinian Independent Commission for Human Rights (ICHR) whose office in Gaza was struck by an Israeli missile earlier this morning. Strikes targeting civilian buildings is a violation of international law. We are sending our solidarity to @ICHR_Pal,” tweeted Amnesty.

We strongly condemn attack on the Palestinian Independent Commission for Human Rights whose office in Gaza was struck by an Israeli missile earlier this morning. Strikes targeting civilian buildings is a violation of international law. We are sending our solidarity to @ICHR_Pal.

Yet in a report today by Amira Hass, Haaretz’s veteran correspondent in the Palestinian territories, the explosion was caused by a “missile that went astray on its launchers, almost certainly members of Islamic Jihad.”

“Israeli sources told Haaretz that the missile wasn’t Israeli. But one could have concluded that it was a local missile just from the silence that Palestinian media outlets imposed on themselves regarding the hit and the destruction it caused to the lowest of the three floors that the commission occupies in this elegant building,” reported Haaretz.

“In Gaza, one cannot keep it a secret when a local rocket or missile falls inside the territory and even causes casualties among Palestinian civilians.”

Later yesterday, Amnesty admitted it had no idea “what exactly” hit the office nor “where the attack came from.” However, the organization failed to delete the original claim, nor did it explain why it issued a “strong condemnation” before the attack.

1/ Here's Reuters video of the Palestinian missile in Gaza going astray yesterday at about 10 am right into the fifth floor office of the Palestinian Independent Commission for Human Rights, a bombing for which Amnesty International immediately and falsely condemned Israel. https://t.co/gsnHhadlV6 pic.twitter.com/x5uaf0AkQ4

In the past, dissenting Amnesty officials and former Amnesty prisoners of conscience have called out the organization for coddling terrorists, mysogynists and antisemites, noted Neuer in a twitter thread.

It's sad what has become of you, @amnesty. Here are 9 episodes that tell the story of how your once-great human rights group has today become an apologist and ally for antisemites, misogynists and terrorists.