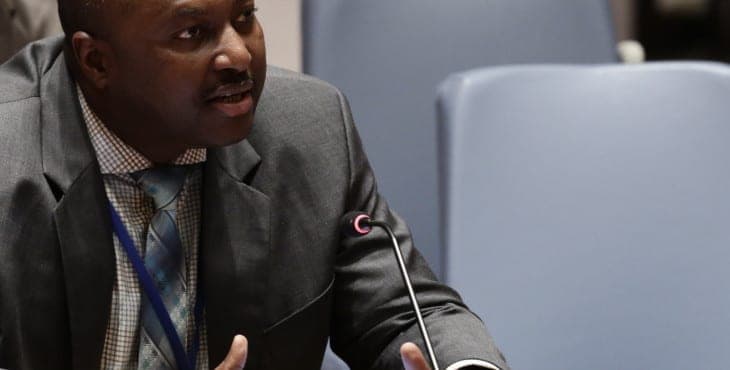 In response to calls by UN Watch and other human rights groups for the UN Human Rights Council to expel Burundi — which is scheduled to take its new seat on Friday, January 1st, despite recent government atrocities and international warnings of a possible genocide — the country’s UN envoy has alleged a “plot against Burundians,” adding “we know where it comes from.”

Ambassador Albert Shingiro said the alleged plot “will fail,” and he denounced the campaign to remove his country from the UNHRC as a “gratuitous and politically-motivated charge.”

When UN Watch circulated a draft resolution for the UN General Assembly to stop Burundi from taking its seat on the UNHRC, Shingiro felt the need to clarify on Twitter that his country was not removed — contrary to some reports — and that “it will not be.” He noted that Burundi was elected to the Council by no less than 162 countries, and endorsed by the African Union:

UN Watch responded by noting a famous 2011 precedent where a large majority for election did not prevent a Council member from getting suspended:

Above: “Gratuitous and politically-motivated charge. We know where it comes from. The plot against Burundians will fail.”

Shortly after the October 28th election of Burundi to the UNHRC, the ambassador boasted of winning 84% of the votes of the UN General Assembly: